Kian Furnace reopens wounds of heartbreak, exposes vulnerability after divorce at height of #BLM movement through rhythm and flow

Months after a bitter divorce, Kian Furnace stood on the wharf of Shockoe Bottom in Richmond, Virginia. While looking at lapping waves of water that once ushered in slave ships, he stood in an existential juxtaposition. He was fresh from a divorce, but there he stood, getting some fresh air from his friends’ wedding reception at a nearby venue.

His recent history was a bitter pill. Accomplished in his career as a non-profit management and approaching midlife without children, Furnace learned through a phone call that his wife of five years was leaving him. By his own admission, he should have sought therapy, but instead he turned to the pen to write through his pain. Then he shared his work at poetry readings. In fact, he told a childhood acquaintance who also attended the Virginia festivities that he would drive to Charlotte, North Carolina that evening for a poetry slam. Poetry was his passion, but as of late, became his therapy.

Years later, after remarrying his college sweetheart, Furnace debuts, After the Snap, a book he says reveals his “emotional rollercoaster” of verses and poetry.

“Author and syndicated radio host Michael Baisden revealed that men do cry in the dark,” said Furnace who now lives in Durham. “When the lights came on, I wrote my pain.”

Taking readers through an amalgamation of fear, self-doubt, regret, hurt and eventually hope and healing, After the Snap is the first of a three-part anthology of poems written after, during and before “the snap” or divorce. Furnace’s literary work chronicles his progress and eventual romance with his current wife. 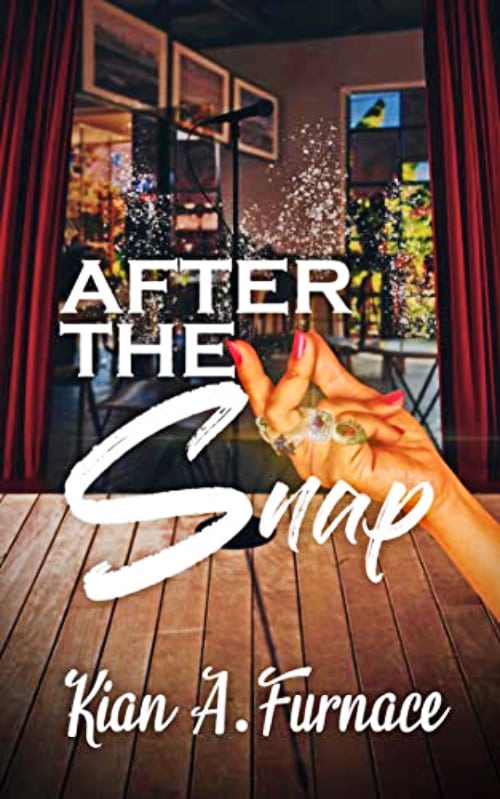 For Furnace, the poetry collection is “how I was going to give myself therapy and track my recovery.”

Since childhood, Furnace has been writing poetry. From the time I was old enough to operate my father’s record player as a child in Inglewood, California, he played music that spoke to him. “I wanted to speak back so I began to write poetry.”

Going through high school sharpening his poetry chops then graduating from Wilberforce University, an HBCU in Ohio, poetry always became the way he wrote the soundtrack to his life.

When the nation shuttered during a Covid-19 quarantine, he decided it was the perfect opportunity to publish his first book. Little did he know that After the Snap would also release during the height of a social justice movement affirming the lives of African Americans taking place throughout the country.

Juxtaposed against a backdrop of civil unrest, Furnace is unapologetically vulnerable about his own emotional setback, low self-esteem and grief following the breakup of his marriage.

His revelation is the essence of vulnerability in terms of stepping out of his comfort zone and exposing himself emotionally to the world as a black man rejected by the very love he vowed to honor and protect.

“It is the sometimes bitter, sometimes sweet, poetic pouring of his own reality on the written page so that you may find healing or just know that you’re not alone,” writes Ronda TruFiyah Lloyd Peck in the forward of After the Snap. “His writing is sentimental, mellow, powerful, yet smooth; picture Common telling poetic lullabies in between sips of the finest cognac and you will sense the velocity of this work.”

While book one is an ebb and flow of choppy waters of the heart like the Shockoe Bottom waves he once looked on in grief, Furnace promises there is calm after the storm as healing leads to love again.