In an attempt to sell homes in the midst of the Covid-19 pandemic, the City of Newark will launch its first online auction on Wednesday, August 27.

“The auction is another step forward in our strategy to redevelop neighborhoods outside of downtown and increase homeownership in Newark,” said Newark’s mayor, Ras Baraka.

Currently owning several hundred homes, the city has been experiencing a redevelopment boom since the end of the Mayor Sharpe James’ tenure. The most high profile mayor during the city’s rebuilding efforts is Sen. Cory Booker (D-NJ) who served as mayor from 2006 to 2012.

The online auction marks a series of the city to grow local ownership. After Mayor Baraka won in a 2012 special election, he launched the “Love Lots” program, a sweetheart deal that granted 100 couples vacant lots to build homes for $1,000 on Valentine’s Day in 2015. Locals and even non-residents lined up in frigid temperatures to nab the deal. Five years later, most lots are still not developed. 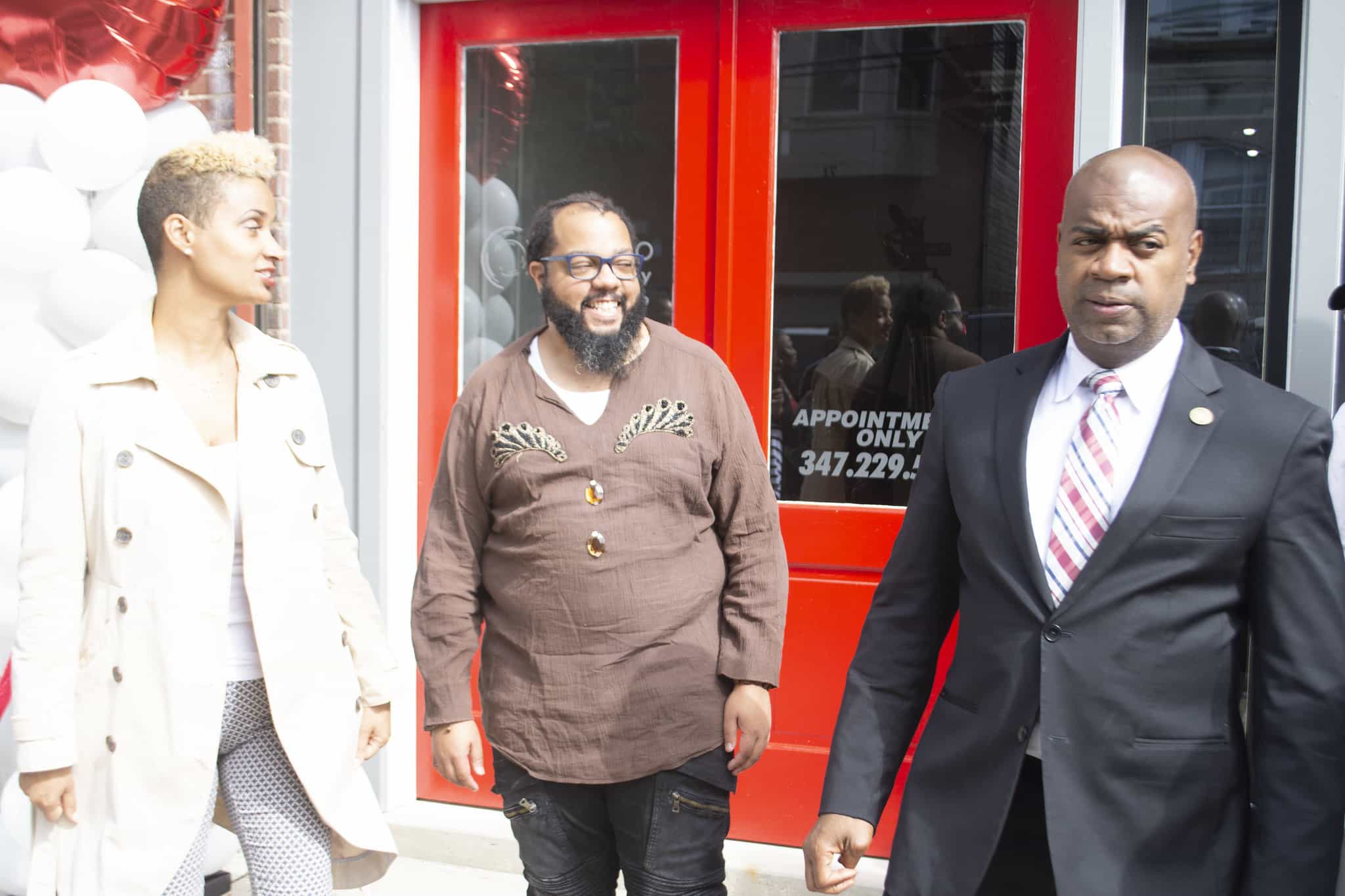 2018 opening of RyArMo Studio in West Ward. Studo owner Ryan Arnez Monroe in the middle with Aisha Glover, President & CEO for the Newark Community Economic Development Corporation (r) and Mayor Ras Baraka (l). The studio was one of the recipients for the city’s small business grants during the shut down of Covid-19. Photo credit: City of Newark Press

Since, the city rotates a program granting teachers and those who work in Newark, buyer assistance and discounted homes. Several weeks ago, the city hosted a virtual town hall introducing six Black, and women developers who are working to rehabilitate 47 sites in the West Ward.

“There’s the first-of-its-kind online auction, launch of Mayor Baraka’s landbank, more grants to first time home buyers, minority and women developers building new housing in the West Ward and designation of new redevelopment areas in the Fairmount and Seth Boyden neighborhoods – all adding up to an accelerated pace of redevelopment outside of downtown,” said Allison Ladd, Deputy Mayor and Director of the City’s Department of Economic and Housing Development.

| Read: Nork vs Newark: Whose block is it anyway? |

While city leadership works to even the redevelopment field, on the ground, residents are not fully convinced that the efforts are effective as presented. Duane Reed, the former owner of Seventy Sixes Barbershop in downtown Newark said, “With Covid-19 shutting down the business, it has actually made gentrification easier,” he said.

“I walked through the area today and it is a ghost town with the exception of white people walking their dogs. Local business owners are almost absent in the downtown area, and have no protection or help.”

Bids for the auction opened last week.  Information about the properties and the auction rules can be found on the city’s website at newarknj.gov. Bids may be submitted at https://newarknj.realforeclosure.com.