Once said by the late great Malcom X, sadly, this phenomenon still applies today. Even more disturbing, many times, it’s whack Black people, who are the perpetrators of said disrespect toward their own Black women.

C’mon, don’t act like y’all aren’t aware of this ugly fact. It’s the huge elephant in the room that the Black community refuses to admit. But oh yes, these self-hating, “NeedGrows” take pleasure in kicking Black women’s backs in, for sport.

Welp, to my dismay, on Tuesday, August 11, 2020, no soon as, former Vice President Joe Biden announced that he had selected Sen. Kamala Harris (D-CA) as his Vice-Presidential running mate, she became the most disrespected woman in America!

Now, before y’all come for me because in this essay, I’m not criticizing white people who are shamelessly calling Sen. Harris every name in the book, short of a “Nigger,” think . . . why would I state the obvious. So, when that slovenly, piggish, Barry Presgraves, the Mayor of Luray, Virginia, brazenly referred to Kamala as “Aunt Jemima,” all over social media, I wasn’t shocked, because I expect that kind of emboldened, behavior from a racist, white supremacist.

However, when reckless, Black, “mothercluckers” were all over social media, dragging Kamala for filth, it made my brain bleed. What’s our excuse? Be real clear, I am very aware that she is all the way grown. As a politician, being criticized comes with the territory. Yes, I’m also aware that there are online, racist, Russian bots, manufacturing a negative narrative about her as well. That’s not what this is.

The vitriolic attacks by actual, living, breathing, walking, talking, Black people, under the auspices of “keeping it real,” is what I take issue with. This is pure, raw, intentional, misogynoir being aimed at her, by self-hating Black folks.

For those of you who have been under a rock and never heard that term, let me define it for you. Misogynoir is the specific hatred, dislike, distrust, and prejudice, directed toward Black women. Please stop the violence against Black women. It’s a pandemic!

Below are just a few of the most disgustingly, outrageous lies told about her, unfortunately echoed by a lot of Black People. 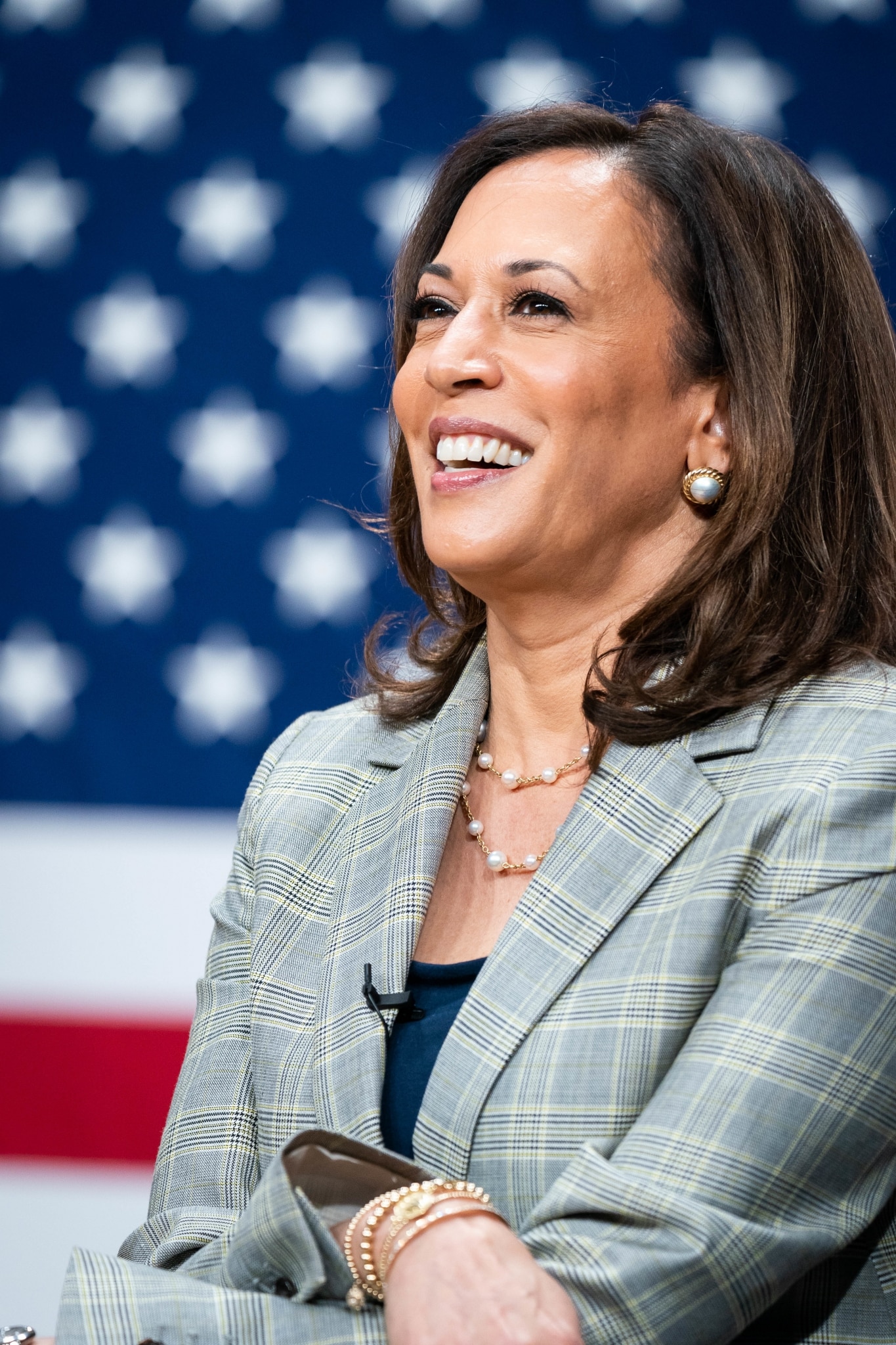 ANSWER: WRONG! And absurd! Kamala is a Black woman! Full stop. Periodt. No. Her going to Howard University and pledging in the Alpha Kappa Alpha sorority, does not prove she’s Black! That’s the stupidest defense I have ever heard. Wow!

Although I went to Seton Hall University, a mostly white college and didn’t pledge a sorority, I’m still Black! I’m Blackety Black! LOL. But yes, Kamala is Black, because she was born Black. Nuff Said.

Yup, both her parents are Black people. Her father is from Jamaica. Yes, Jamaicans are Black. Her mother is from East India. And yes, I said what I said.

Not that her race matters, because Senator Harris’ professional receipts make her more than qualified for the job of vice president of the United States of America. As far as I’m concerned, Joe Biden is lucky she said yes. A Biden-Harris ticket raises his profile and positions him to win with Black women, come election day, Tuesday, November 3, 2020.

ANSWER: WRONG! As an Attorney General, Kamala fought for the use of body police cams. We all know, banks racially profile Black people with illegal predatory lending practices, so she put a stop to banks committing mortgage fraud in her tenure.

A comprehensive article in USA Today, further outlined Kamala’s stellar track record. They pointed out that she was the most progressive district attorney in California who refused to seek the death penalty. Even in a case where a very respected police officer was tragically killed Sen. Harris remained steadfast in her position.

Under her leadership, marijuana sales cases were routinely reduced to misdemeanors. Included, marijuana possession cases were not even on the court’s docket. They were simply not charged.  This was the reform-minded approach that then, the office of DA Harris took. Furthermore, the accusations about marijuana prosecutions being harsh during her tenure are absurd. The reality was quite the opposite.

Moreover, Sen. Harris co-founded the Coalition to End the Exploitation of Kids. She then spearheaded a task force combating the human trafficking of girls. As well, she stopped prosecuting young girls for prostitution — acknowledging that they were victims who needed treatment for trauma and not criminals who needed to be incarcerated.

Harris also formalized a court for young adults charged with felonies that resulted in them avoiding a conviction and getting a second chance. She brought in a stalwart progressive community organizer by hiring Lateefah Simon to lead that initiative, a diversionary program called Back on Track that set nonviolent offenders on a path to a new job and helped them rebuild within their communities. Back on Track still exists today and has been a pathway for many young adults to avoid the ravages of a felony conviction or incarceration. Surprisingly, y’all naysayers, conveniently missed all this information.

Now, did she convict people? Absolutely! She was doing her job, correct? Kamala locked up guilty people. Yes, some were guilty Black people. That’s what DAs do. So, we’re that effed up as a people, till we don’t even want Black people who actually commit crimes to do a bid in prison?

I bet if a Black person murdered your loved one, you would be outraged if they didn’t get convicted. However, what she made her mission to do for Black people during her time as DA was to fight for fairness and equity in the criminal justice system.

Was she perfect? Nope! Were there ever times when she got it wrong and locked up an innocent Black person? I’m sure and I’m sure she locked up some innocent white people too. Where is our compassion for human error when it’s a Black woman? No one nails it every time. Sometimes you screw up at work too, don’t you? Ok, then stop acting like you are above reproach. 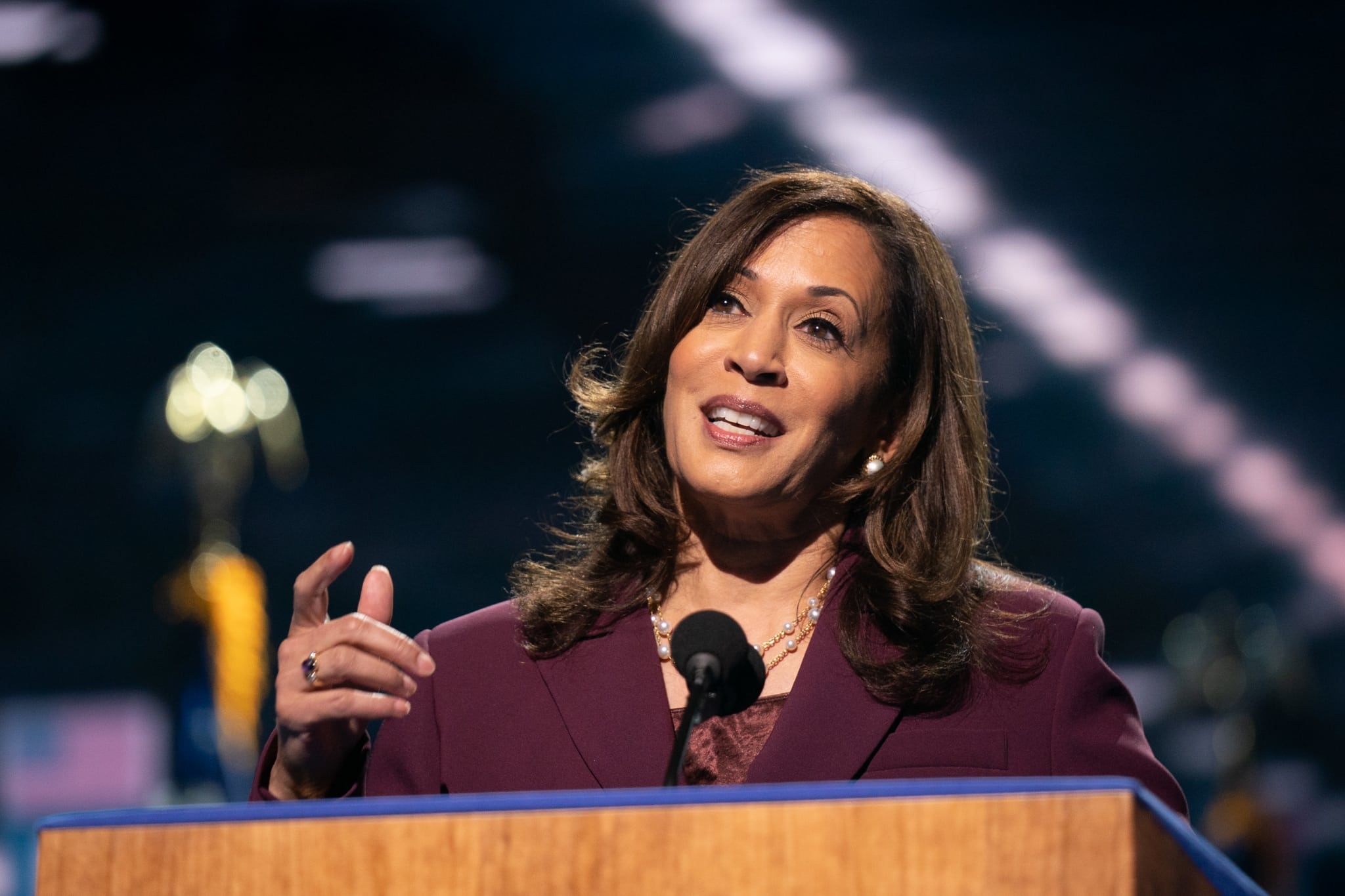 The disrespect for Kamala Harris is so deep that some idiot on Facebook who shall remain nameless, posted on his page, “Kamala didn’t arrest the cops who killed Breonna Taylor.” I was like, dude, are you serious right now? I was on fiyah when I read the total insanity.

I inhaled before I replied, so that I could find a filter, then I wrote, “You do realize that Kamala Harris is now a US Senator, so that’s not her role. In fact, the Mayor of Louisville, Greg Fischer and Attorney General Daniel Cameron, are the only two individuals who possess the power to arrest those cops. So, we should be holding them responsible, NOT HER!  You are waaaaay #OutOfPocket!”

LIE 3: Kamala Harris Slept with Willie Brown while he was married

ANSWER: WRONG! I never heard Kamala confirm nor deny the alleged “extra-marital affair.” The Former San Francisco Mayor Willie Brown claims they did “date,” 20 years ago, but at the time, he had been separated from his wife for many years.

Let me ask you good ole Christian Black women and men out there a question. Have any of y’all ever “dated” a person who was legally married, but estranged from their spouse? I’ll leave that right there. Side bar, Brown was 60 years old, Harris was 30 years young. I very seriously doubt she was dating that geriatric gasbag. What young, tight, vibrant woman, wants to see that soft, wrinkled, naked, hot mess? LOL.

Oh, full disclosure, I’m 56, I mean me too. I can’t imagine any 30-year-old man who would be longing to see the ancient cottage cheese in my thighs. He will go blind!

LIE 4: Kamala Harris used her relationship with Willie Brown to get ahead in politics

ANSWER: WRONG! If true, and they did “date,” Kamala & Willie used each other. C’mon! Y’all really don’t think grandpa was giving her an orgasm do you? I’m sure she was repulsed.

He wanted some cute, young, tight, arm candy, and she wanted access to his political connections; allegedly. Okay, last time I checked, we were all taught, “it’s not whatcha know, it’s who ya know?” So, y’all Black naysayers are bashing Kamala Harris for doing just that? Leveraging her relationship with him to get entré into the political arena? The “who you know” has to meet random Black folks’ approval? Where do they do that at? Boy bye. Girl bye. There were no victims in that tryst!

ANSWER: WRONG! That is not unique to Kamala. Yup, you read it correctly. Black folks are literally saying the Black community should not trust Kamala Harris because her ancestors owned slaves.

Sure, that’s highly possible. However, your ancestors probably owned slaves too if you’re a descendant of slaves. Because the slave master raped and impregnated your foremothers, and now you’re here with a slave master in your parental closet. Now stop blaming the rape victim.

At any rate, what does her rapist, slave master, ancestor, have to do with Kamala Harris VP 2020? Nothing. Particularly, when every single white president’s ancestors, maliciously owned Black slaves. But y’all blindly voted for them with no complaint. Okay sis. Okay bruh.

To Black people who are finding comfort in disparaging Sen. Harris, you are clearly identifying with the oppressor. It’s evidenced by your internalized self-hate and you need a couch.

If the shoe fits, wear it. If it doesn’t apply, let it fly. For those of you who have a problem with any part of this essay, you just told on yourself. By the way, if you noticed, nowhere in this 1,500 word essay, did I ever once mention who you should vote for. Just a note.