Jacob Blake III is paralyzed from the waist down after a Kenosha, Wisconsin officer fired seven rounds into his body on Sunday.

Residents in Kenosha, Wisconsin took to the streets after reports of a police officer firing multiple rounds into Jacob Blake. A bystander’s video footage shows an officer shooting Blake as he gets into his car. Reports say that his three sons were watching in the vehicle.

Information about the chain of events is still cloudy around the shooting of Blake. What has been confirmed is that Blake was breaking up a fight between two women. After police arrive, at some point Blake engages in a physical altercation with cops. The circumstances leading up to the struggle are unknown.

In the midst of the physical altercation, Blake walks away. With guns drawn, police officers are yelling commands at Black and following him as he opens the door and attempts to enter his vehicle. At that point, the officer nearest pulls his shirt then fires seven times into his back. He was transported by air to Milwaukee for treatment.

In response, hundreds gathered at the courthouse on Monday. At some point, police officers began tear gassing crowds. By evening, buildings burned and Wisconsin’s Gov. Tony Evers (D) called for the National Guard. 125 military persons showed up according to the governor. Also local officials announced an 8 p.m. curfew.

While demonstrations have largely subsided since the Floyd killing, the Blake shooting has renewed energy in protesters. In New York, a protest took place. Marchers crossed the Brooklyn Bridge Monday night. 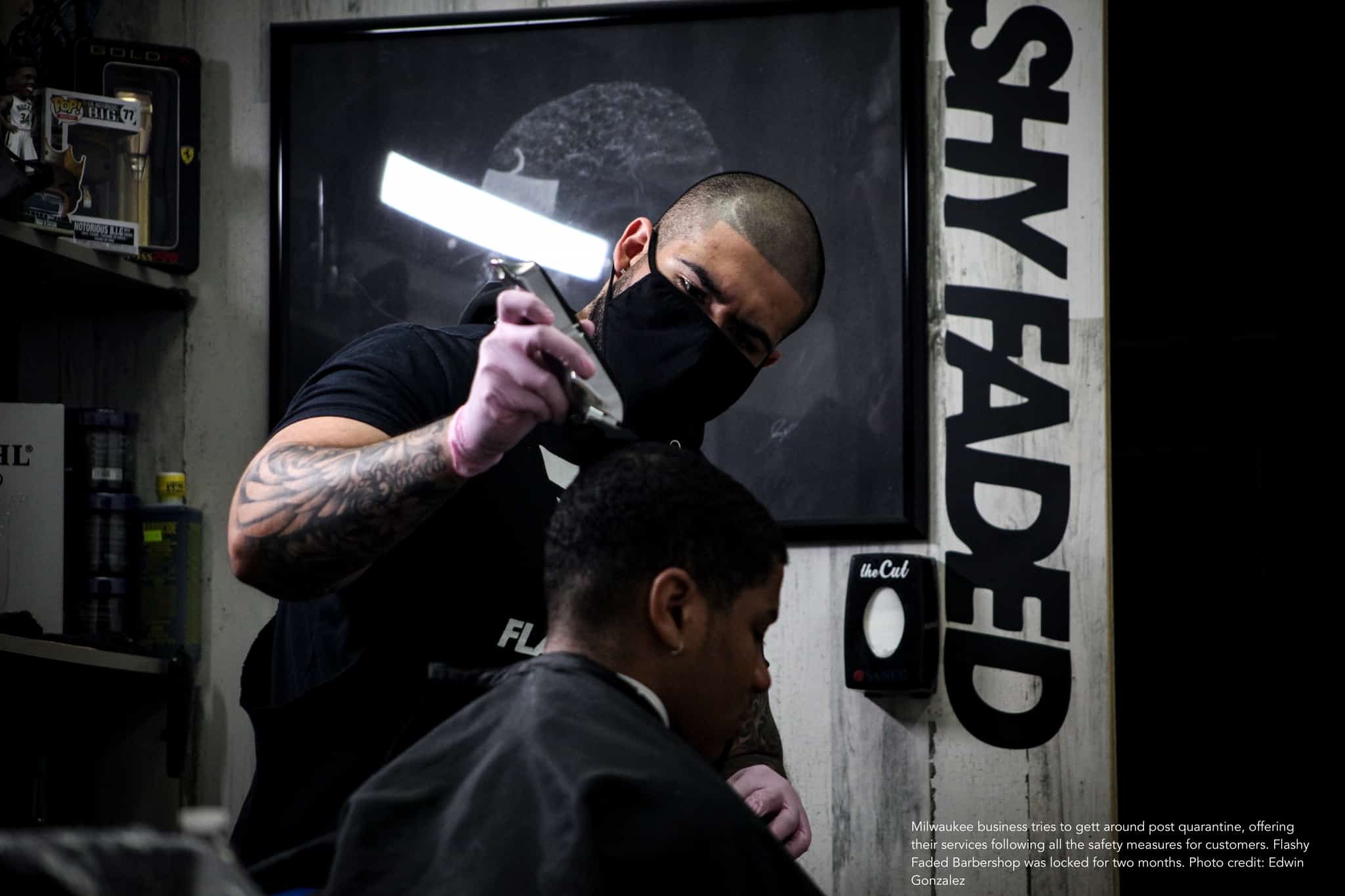 Kenosha is 372 miles west of Minneapolis where George Floyd was beaten then killed by local police officers on May 25 of this year. Much like Black residents in Minneapolis and nearby Milwaukee, there is a history of a fractured relationship with law enforcement in Kenosha. According to the US Census, Kenosha is 11.5 percent Black, but “21% of all Black males in Kenosha County were incarcerated in 2010.” As well, “in 2010 Blacks made up 6% of the general population in Wisconsin, but 38% of the incarcerated population.”

Included in the dismal disproportionate numbers of incarceration is police corruption. The city’s retired District Attorney Robert Zapf was charged with ethics violations for hiding information that officers planted evidence on a suspect in 2015. Although a circuit court judge recommended that Zapf’s license be suspended, the Wisconsin Supreme Court dismissed the complaint.

Plus, 40 percent of Kenosha’s Black residents live in poverty. Much of these residents migrated from the South during the Great Migration, or from Chicago. To be Black in Kenosha becomes exceptionally harder in a right-wing, conservative area.

However, Blake’s family fought oppressive policing and political structure in Wisconsin. On the official site of the African Methodist Episcopal Church, Blake comes from a line of preachers in that denomination:

“Blake III’s Reverend Jacob Blake Sr., was lead pastor at Evanston’s Ebenezer AME Church during the 1960s and 70s and fought for years for fair housing. Two senior homes bear his name. His cousin Reverend Robert Blake is the pastor of Greater Quinn Chapel AME Church in Detroit, Michigan. The extended Blake family have served as pastors in the AME Church for four generations in the First, Second, and Fourth Episcopal Districts.”

Two officers have been suspended after the shooting as Blake’s life hangs in the balance.