Behind a good damn bean is a good concept that makes coffee both accessible and delicious.

Who would’ve thought that an Ethiopian farmer would discover a bean that would change the world of beverages as we know it. Well, it did. Now drink up at some of Ark Republic’s favorite and past-featured coffee companies or purveyors of java.

When my husband cleared out the bag of Ethiopian beans from the Black Coffee Company in their “woke” themed mug, we knew they would bang hard with this venture. Since I interviewed the five-man owned business, they showed how growing pains can be good. Recently, Brandon, Jamin, Leonard, Chris and Gino transitioned from a solely online shop to opening a brick-and-mortar in Atlanta during the pandemic.

Other wonderful components of the Black Coffee Company are the long list of financial workshops, virtual pop ups, tastings and HBCU philanthropic efforts that pair with all of the owners being just really incredible people.

For a full two years Black Swan Espresso stole my money when they introduced me to their oat milk latte. Admittedly, I would order two lattes and a donut when I sat in the quaint coffee shop in downtown Newark, New Jersey. Of course I gained a few more pounds than I wanted. But, Alex Mashtaler who runs the shop in partnership with his mother, Laura are an infectious two who sometimes keep the coffee shop lines lingering out of the store. While they are not full speed during Covid-19, they offer take away.

Sip & Sonder is a blessing to Inglewood’s downtown businesses. Part coffee shop and part recording studio, the massive cafe hires local; focuses on employing women of color and keeps it Black and funky. One of the few Black woman-owned coffee bars in Los Angeles County, the space was built to cater to the growing entrepreneur scene in the area.

When I was there, they used Red Bay Coffee, a Black roaster from the Bay Area, and said the commitment was to source as many Black and folk of color as possible for their beverages and food. Oh, and the selections are innovative and delectable. I had a lavender tea latte. Sumptuous. 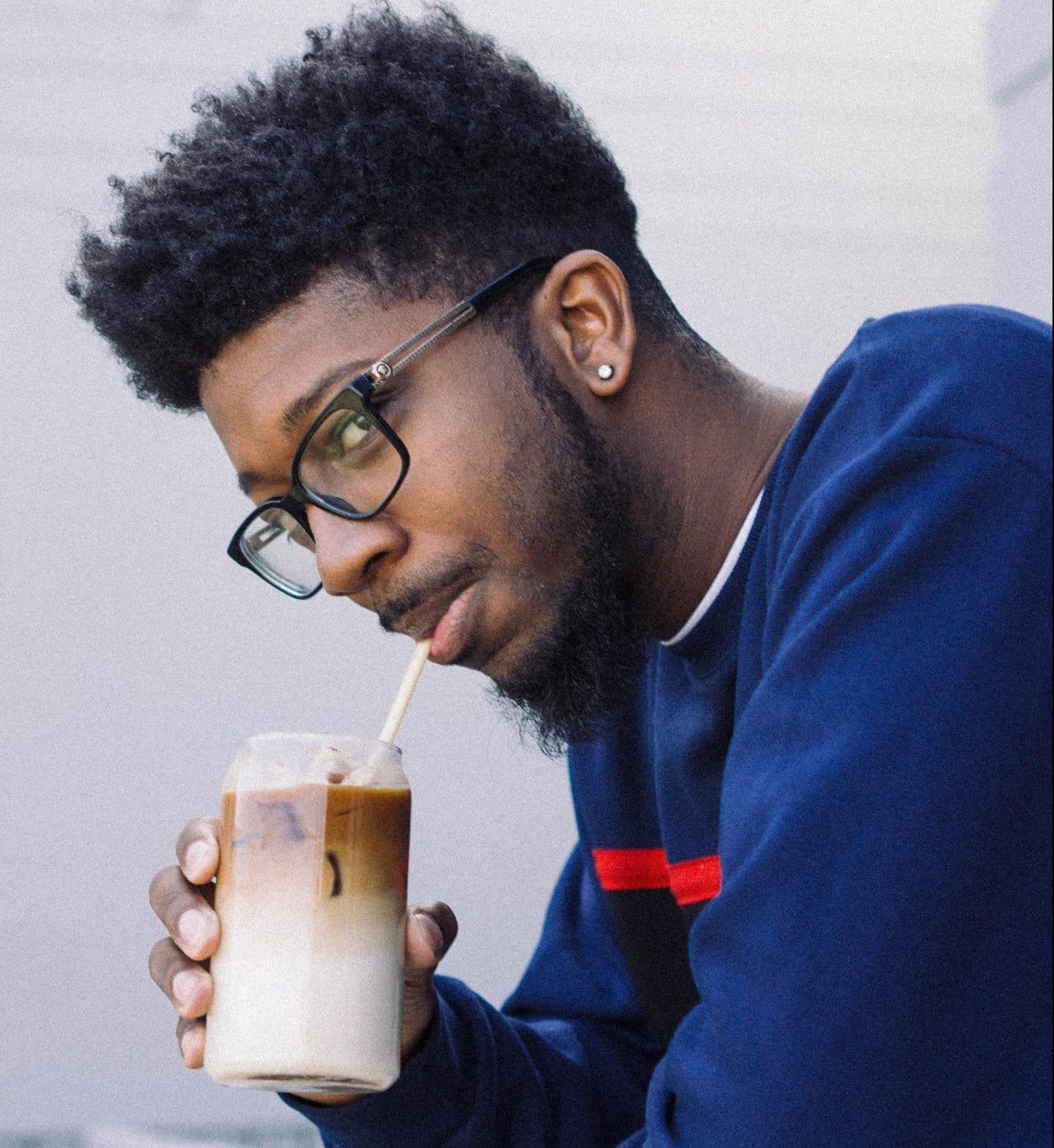 Le Ménegère has become my favorite getaways in Florence, Italy. In truth, I order one of their excellent selections of wines or cocktails first, but always chase it with a delectable coffee. Plus, it is one of the few spots that offers almond milk as a substitute rather than soy milk or just dairy. Using an Italian favorite, Lavazza coffee, the servings are generous and smooth.

For the culture, for the people

Red Bay Coffee has one purpose: providing beautiful coffee to the people. A BCorp venture, meaning a for-profit social entrepreneurship, its founder, Kobe Konte launched Red Bay Coffee Roasters in 2014. While he’d become a local favorite, Konte’s coffee fanbase surged in 2018 after a white female Starbuck’s manager in Philadelphia called the cops on two Black men waiting to meet someone in the store.

The incident unveiled that there were quite a few discriminatory calls made at various Starbucks around the country. Finding out the facts led to many in search of alternatives. When Red Bay Coffee was mentioned by actor Wendell Pierce as a great go-to, the Oakland business has not kept bags of their blends on the shelves.

There are two things that military veteran Johnny G. Milton, Jr. likes—an fat, blazing perfecto and a great cup of coffee. So much so, Milton started, Cush Coffee, a coffee bar and slow coffee movement honoring coffee producers who grow and roast clean, great tasting java. A seventh generation farmer based out of Georgia, Milton also holds dear to his agrarian roots and is in Ark Republic’s directory called the Black Farmers Index.

Sweet Unity Coffee sprung from the passion of David Robinson to enfranchise East African farmers. Robinson, son of the late, legendary Jackie Robinson who integrated Major League Baseball in 1947, started Sweet Unity at his coffee farm. The beans are harvested from a collective of growers in the area. Right now, Sweet Unity Coffee has partnered with I Am One of the Million organization to sell 1 million bags of his gourmet Tanzanian coffee. They do so by hosting virtual coffee klatches and town halls.

T.M. Ward is one of the oldest, continuously ran family-owned gourmet coffee suppliers in the country. Starting in 1869, just four years after the end of the Civil War, it was initially owned by the brother of a New Jersey governor who supported slavery. Well, that didn’t work out. After passing through a few hands, it was purchased by William Sommer in 1920 to expand his coffee supply operations. It remains in the Sommer family today.

Though there are two locations, one in Chatham and the other in Newark, go to the Newark location on Broad Street. Situated in the downtown area, you can purchase the whole bean, a nice grind, or cop a cup of joe. They also have shelves packed with roasted nuts and other snacks. Secretly, it is my dirty little pleasure to stock up with six or seven blends. I end up giving them away, but the price and the taste keep me as a customer. I have some Ironbound Blend, their Brick City Bean, and the Tanzanian Peaberry in my cabinet now. Oh, they also have CBD coffee.

Marley Coffee comes from the massive clan that springs from legendary reggae artist, Bob Marley. Two decades ago, Marley’s widow, Rita formed a tight-knit business alliance with the host of children, grandchildren and on. From there, dozens of ventures emerged with the exclusive rights of using Marley’s name and likeness. Marley Coffee is one of the brands that has stood the test of time with coffee beans from Ethiopia and Jamaica’s Blue Mountain. I usually order it online.

From the Cradle of Civilization with love

Dedessa Coffee based in the Ethiopia, the company harvests its beans from 200 Hectares farm, an agriculture site in Ethiopia’s Oromiya State. Dedessa employs local villagers to grow and harvest the coffee, as well as process it using a method called wet-processed or washed. The layers surrounding the coffee bean are removed by hand then dried in the sun to produce a low-acidity bean.

A fusion of diasporas

Nguyen Coffee Supply sources beans from Vietnam, but roasts them in a quaint Brooklyn shop. Founded by Sahra Nguyen, a first generation Vietnamese-American, Nguyen works with a fourth generation Vietnamese farmer to produce high quality beans. Use one of Nguyen’s select beans for a nice slow-drip, Vietnamese-style coffee that is a fusion of French and South Asian influence.

BeanFruit Coffee Company located in Jackson, Mississippi, the land of “The Sip,” is a coffee brand bringing one of the few locally roasted coffees to the area. Owned by Paul Bond who grew up in Southern Mississippi, he became hooked on small-batch roasts after his first taste of Ethiopian Yirgacheffe. After experimenting with a second-hand roaster, Bond quit his corporate gig and dove full-time into coffee roasting without any filter or parachute. With a selection picked from farms in Central America and East Africa, he offers an impressive list of great tastes.

Sham, Shame or Shitshow? Breaking down the issues in the first presidential debate