We’re coming down to the wire for important 2020 elections across the US and mail-in voting is still a point of contention.

COVID-19 is far from over and flu season is swiftly approaching. For this reason, many US citizens prefer to play it safe and participate in mail-in voting. However, people all over the country have already reported missing mail-in ballots. Now they must decide if they will risk walking in or wait for a postal system with operations that have been disrupted in its new leadership.

It’s the perfect recipe for disaster. While voter fraud committed through mail-in voting is a major point of contention for President Trump, it has increased during the Covid-19 shut downs. However, the newly appointed Postmaster General Louis DeJoy removed a substantial amount of high-volume mail processing machines in order to cut back on the USPS budget.

President Trump recently tweeted, “Democrats are rigging our 2020 election.” But, a significant number of Congress members who aren’t buying it.

Based on the belief that Postmaster General DeJoy deliberately made these changes in order to impede the progress of the 2020 election, members of the House flew into Washington during their summer recess, to vote on the Delivering for America Act. A bill that would prevent the U.S. Postal Service from imposing any variations to operations or services that were in effect as of Jan. 1, 2020 until Jan. 1, 2021 or the end of the public health crisis – whichever is the latter, if passed into legislation, the bill would reverse the removal of mail processing machines. As well, it thwarts any additional changes Postmaster General DeJoy made, including the prohibition of employee overtime.

Additionally, the bill would provide $25 billion to the Postal Service Fund. In the fund, $15 million would be allocated to the USPS Office of Inspector General. Senate Majority Leader Mitch McConnell’s (R-MO) responded to the passing of this bill in the House by tweeting “They rushed back to Washington the instant that overblown conspiracy theory about the U.S. Postal Service convinced them their own jobs might be in jeopardy.” The bill was received by the Senate as of early September, but has not been voted on like the several hundred other bills on Sen. McConnell’s desk.

Propitiously, Federal Judge Stanley Bastian of Eastern Washington’s U.S. District Court stepped in and ordered that the USPS overturn all changes made in the last few months including restricting late and extra trips. Furthermore, the court order mandated that all election mail, regardless of postage, be treated as first class mail, as well as reconnecting mail sorting machines within three days of the order, according to CNN.

But this fight is far from over. Recently, Postmaster General DeJoy and the USPS, in a case filing, requested that the judge amend the injunction due the inability to reassemble mail sorting machines. Parts of the machines were stripped to improve or repair other machines. Judge Bastian has yet to rule on DeJoy’s request, as reported by the Honolulu Star Adviser.

This news could not have come at a worse time as this election year is a critical one. Not only is the President up for re-election, but so are members of Congress. By the end of the first week of October, 42 states will have started sending mail-in ballots to voters. 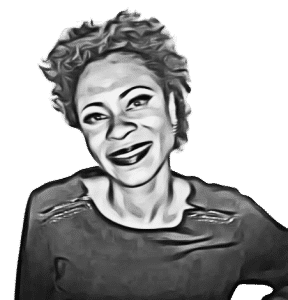 Sham, Shame or Shitshow? Breaking down the issues in the first presidential debate