It’s International Girls Day, and the world is experiencing some pretty awesome young ladies. In spite of the current woes and chaos, we have a bright future in these young ladies who are already trailblazing.

As an adolescence, Kierra Perkins wanted to try more arts & crafts projects, so she tried out candle making. She had so much that she decided to turn it into business at 11-years-old. The idea resulted in Kandles by Kierra. Her fun-themed and smell-good candles delight the children in all of us. From strawberry blast to caramel, Perkins even has candles for das.

Now 13, Perkins is the 2020 champ of Idea Tank for Kids, a nationwide entrepreneur competition for children ages 8 to 13. Today she is quite busy as she speaks at various events in her hometown of Nashville, and is expanding her business.

Rose Powell of Rose and Co. Candles is definitely that girl. She started making candles with her father because she loved the wax decor, but was allergic to the toxins that are in many commercial paraffin wax candles. So, she and her father started hand-pouring their own using natural, soy and coconut wax, eco wick.

Powell’s mastery of candle making grew so much that she started to sell them at pop markets and artisan fairs. Around her hometown of Montclair, New Jersey, and surrounding townships, Powell comes through with her high-quality creations. Her themes are the most interesting. Celebrating femme power, girl power is a constant theme interwoven between watermelon scents and cocno. Powell celebrates  the LGTQIA community with candles that are odes to drag queens.

A finalist in 2018 for The Startup Squad contest for the top Girl Entrepreneur, at just 11-years-old, now at 13 she’s ready to take your orders for the holiday season.

When Neijae Graham Henries was 8-years-old she wanted to do something different when her older brother passed on a barber’s apprenticeship. The Pennsylavanian elementary student took his place to become the youngest female barber in the game. While performing as a top student, Henries began balancing school life with barbershop school. Training for years, Henries has become quite skilled in barbering.

Already, barbershops are considered a male-dominated space, but Henries slices those myths with her skills and dedication to a time-honored craft. With the support of her mother, Jaime, Miss Neijae travels the tri-state providing free haircuts to age mates and those in need.

At 14-years-old, Alaina Gassler invented a simple, yet effective solution to that unforgiving blind spot for drivers. By mounting a camera on the passenger side of a car then running its live feed on the inside of the car, Gassler’s project to improve vehicle safety placed first in the $25,000 Samueli Foundation Prize focusing on STEM. Hopefully drivers will be able to augment the noise, lights and shaking of their car with this innovative camera system. 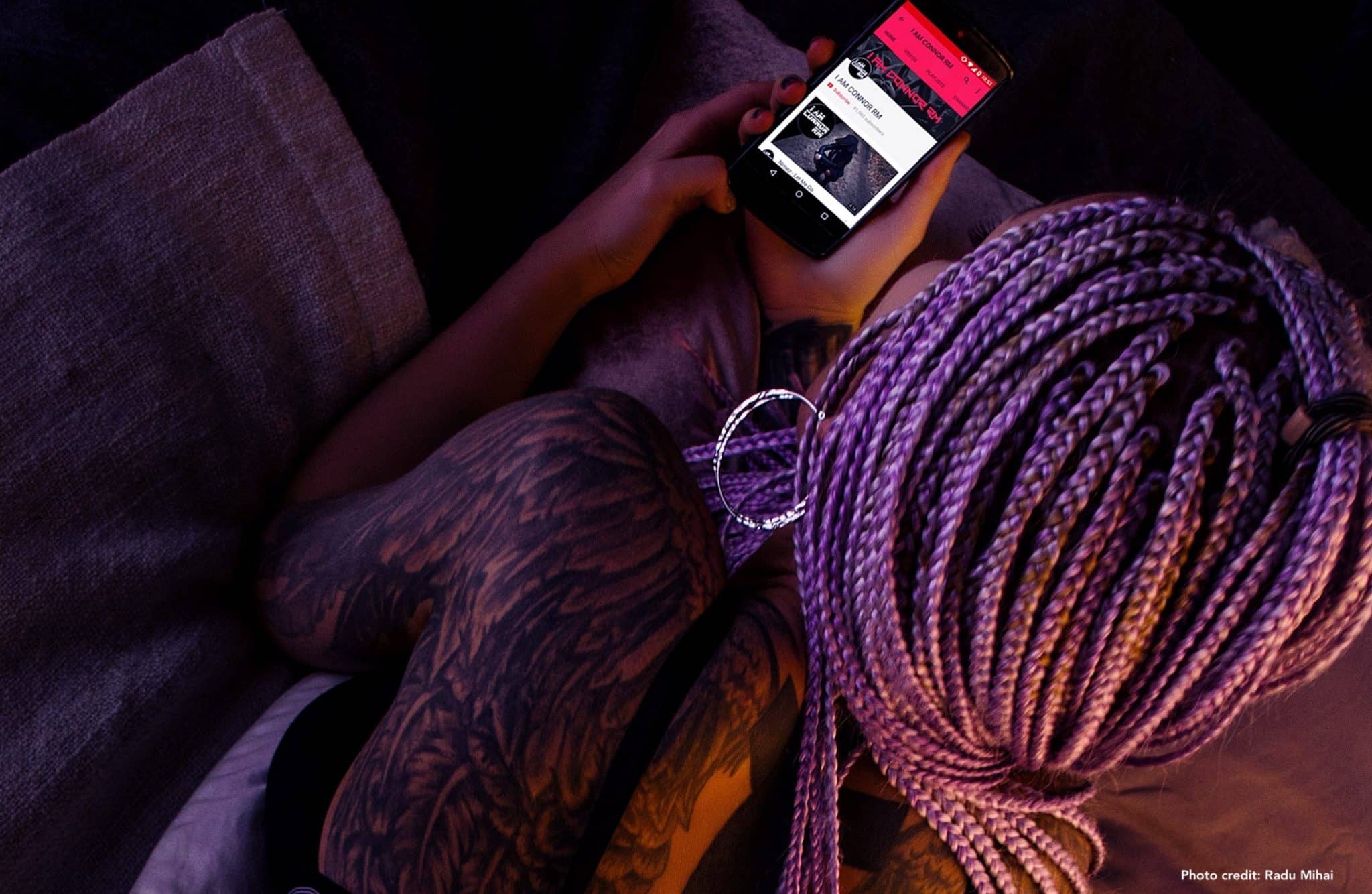 Joy Njekwe, 17, Rachael Akano, 15, and Margaret Akano, 17, wanted to create an app that addressed their mentor’s concerns about her mother losing memory due to dementia. Their mentor, Evelyn Nomayo, who is founder of tech organization, Phase Innovate, mentored the Irish teens to develop Memory Haven, an app with six features: photo albums, music, outreach, face and voice recognition, memory games such as musical memory activities; and reminders.

Designed to keep memory as agile and strong as possible, the teens, all of whom are Nigerian immigrants or from parents who migrated to Ireland from West Africa, designed and submitted their app for the international competition for young women app developers, Technovation Girls. Beating out over 1,500 submissions from 62 countries, the teens from Drogheda, Ireland created an app that solved a problem in the growing digital world.

Nomayo’s mom, who is also from Nigeria, now can use the app to remember home and her host country in Europe.

The Self Care Shero

With a name like “Monkey Farts,” who could not resist one of Jelani Jones’ homemade bath bombs or soaps from her line of bath products,  Lani Boo Bath, at 9-years-old. After selling her products to friends then selling at local farmers’ markets around Spotsylvania, Virginia, Jones has expanded her operations to trade and craft shows around the country.

Since the pandemic, Jones has been focused on interviews about entrepreneurship as she blossoms into a beautiful young woman. 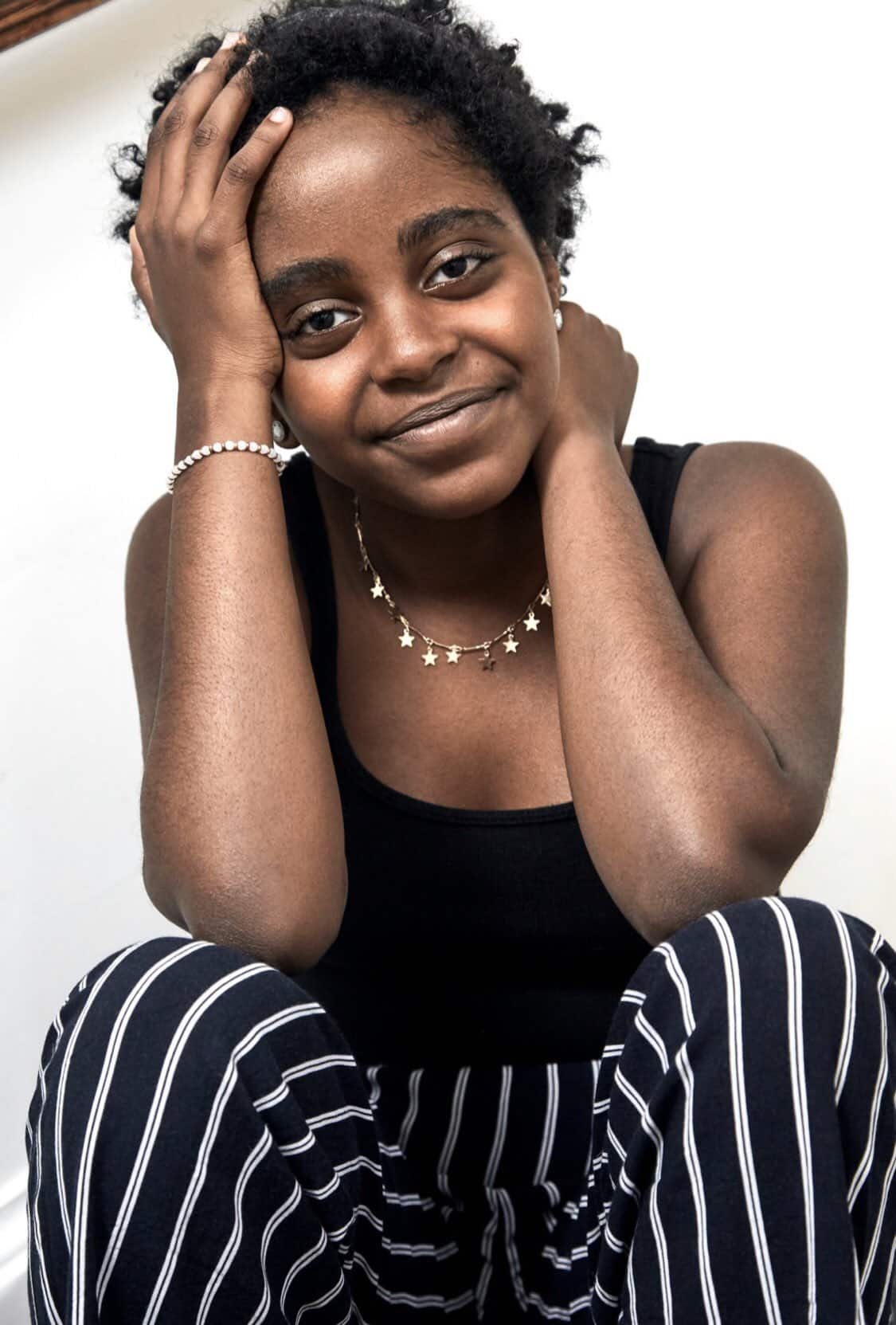 Two years ago, Naomi Wadler stood on the Washington mall to bring the gun violence against girls to the forefront. Since, she has continued her activism by speaking around the world to bring awareness to a serious issue of killings of Black people as a Black Lives Matter activist. 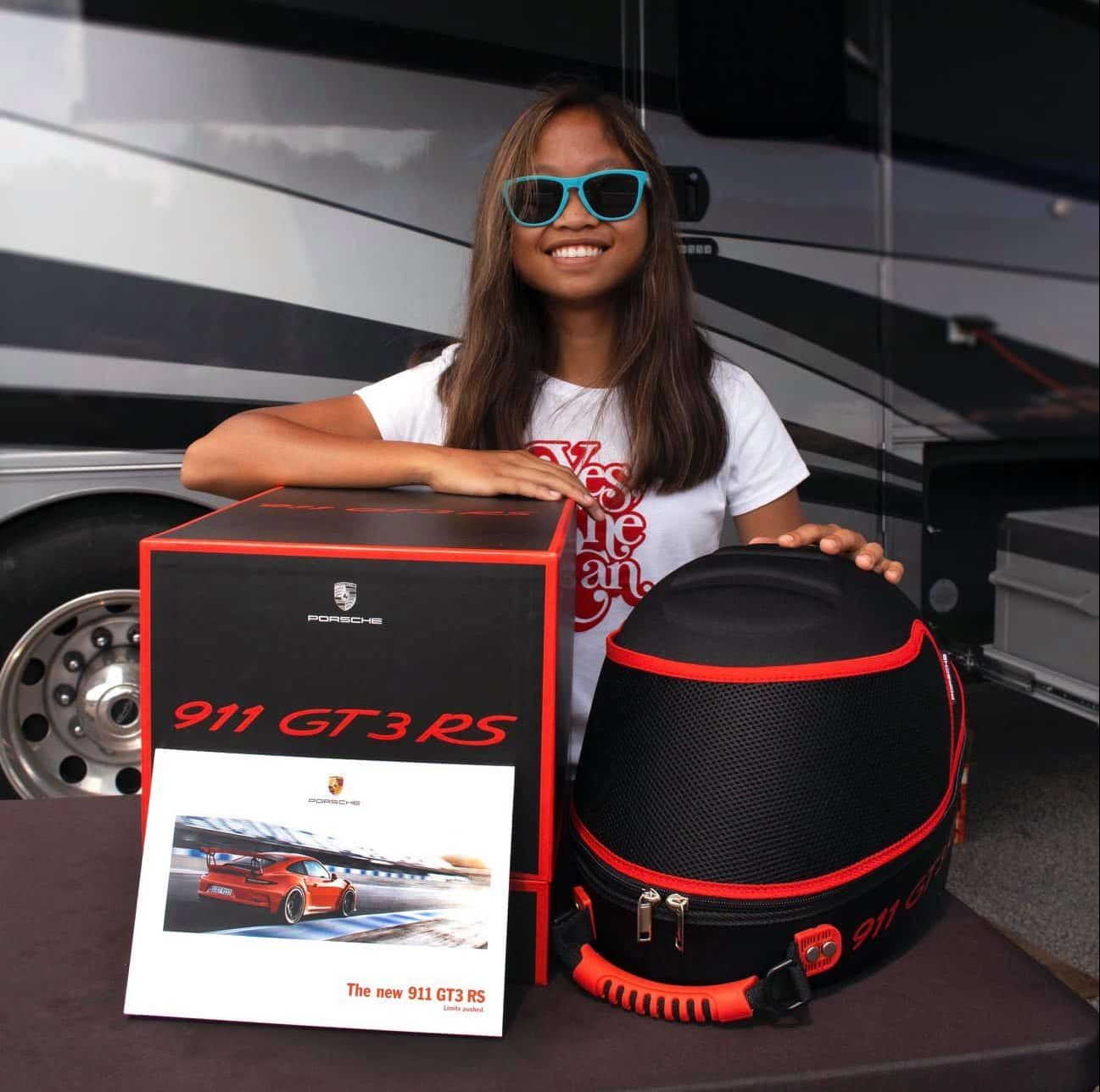 This fall, 16-year-old Chloe Chambers from New Jersey, set the Guinness World Records title for fastest vehicle slalom which she set at 47.45 seconds driving a Porsche 718 Spyder. Chambers, a Chinese-American, has been racing since the age of 8 in kids club go kart competitions. Often taking the championship title, Chambers is a well-rounded athlete who cycles and swims. Her love for racing was passed on by her father who races. Soon, you will see her on a Formula One or Indy 500 track near you. 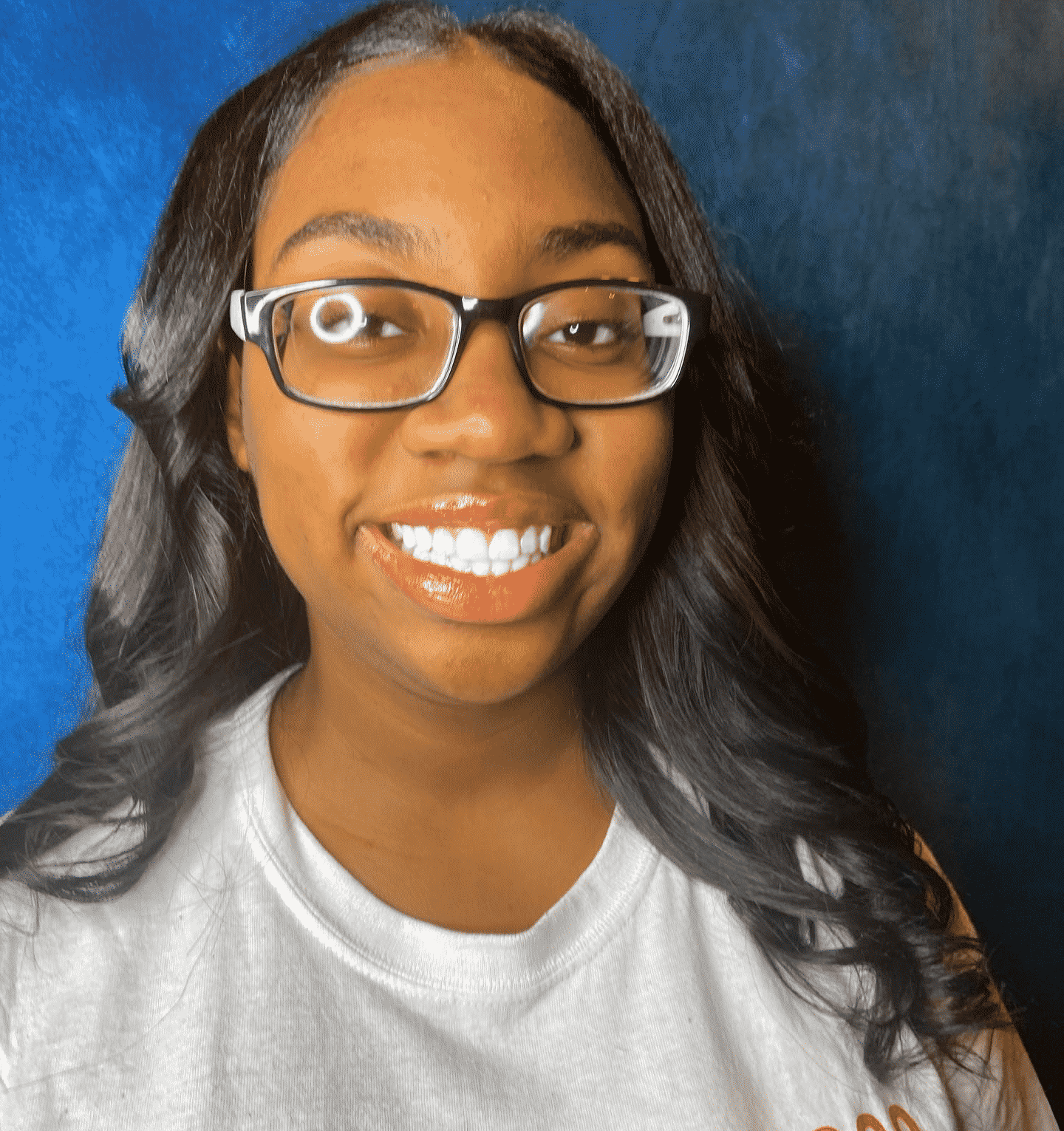 In person, Dorothy Jean Tillman is your average teen. But, on paper, she is a wunderkind. This past June, Tillman graduated with a master’s degree in environmental engineering from Unity College. From a young age, her mother, Jimalita Tillman said that Dorothy Jean picked up information fast. So quick, she flew through class work designed for her age.

While in middle-school, her after school activities were high school then college courses. Graduating high school then moving onto a bachelor’s at Excelsior in New York, Tillman is class of 2020, and on her way to a career if she chooses. But, for now, she focuses on following the path of her grandmother, of whom she was named, to better her community. 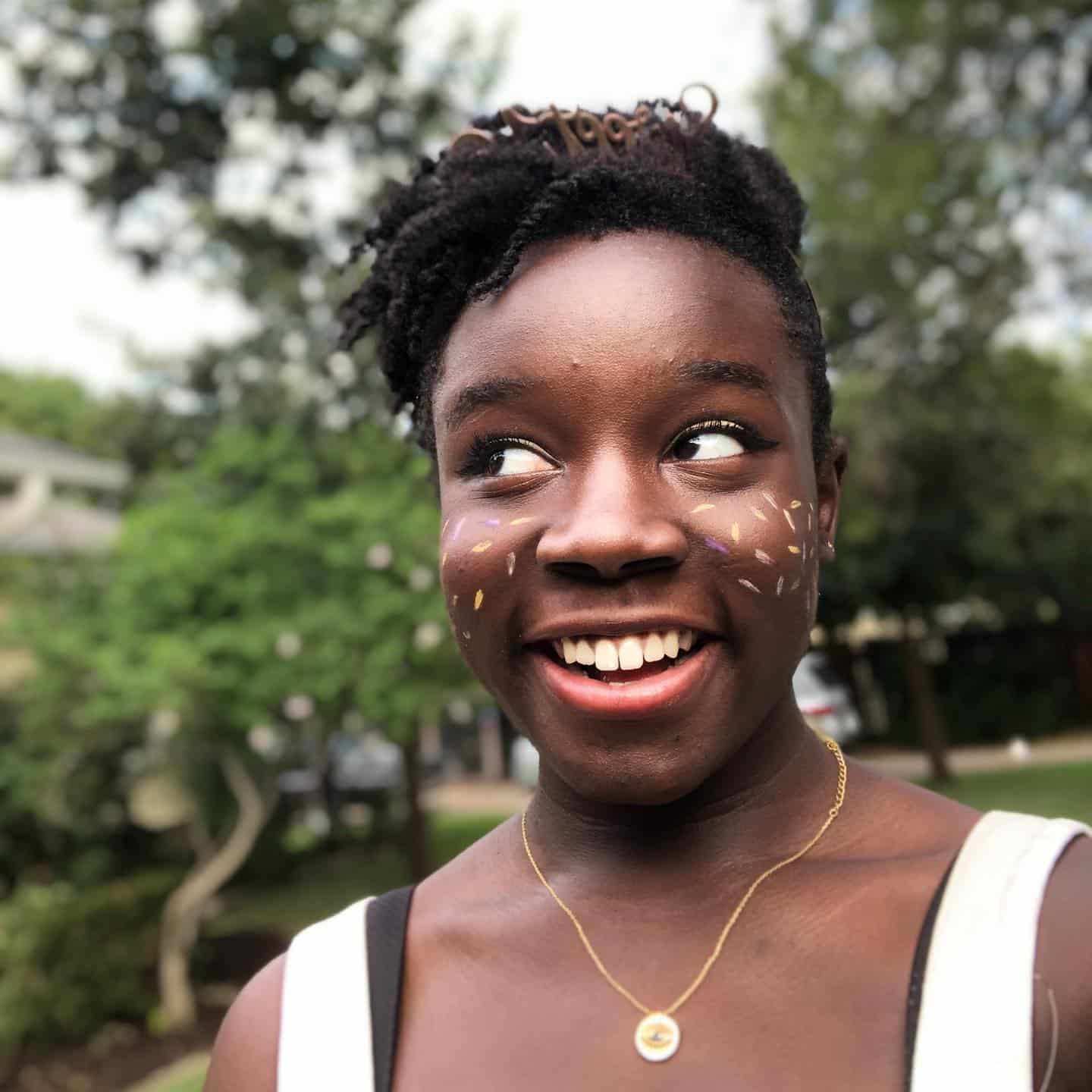 Research on bees and how to save them was the spark needed by Mikaila Ulmer to turn a passion into a social entrepreneurial endeavor. At -years-old, Ulmer used the recipe of her great grandmother’s flaxseed lemonade for a competition. Then she began selling it at youth entrepreneurial events. After going on the Shark Tank for her Me & The Bees Lemonade, at the age of 11, the Austin, Texas native negotiated a $11 million distribution deal with Whole Foods.

To continue her campaign to save the bees, the now 15-year-old Ulmer donates a percentage of her profits to Texas Beekeepers Associations. 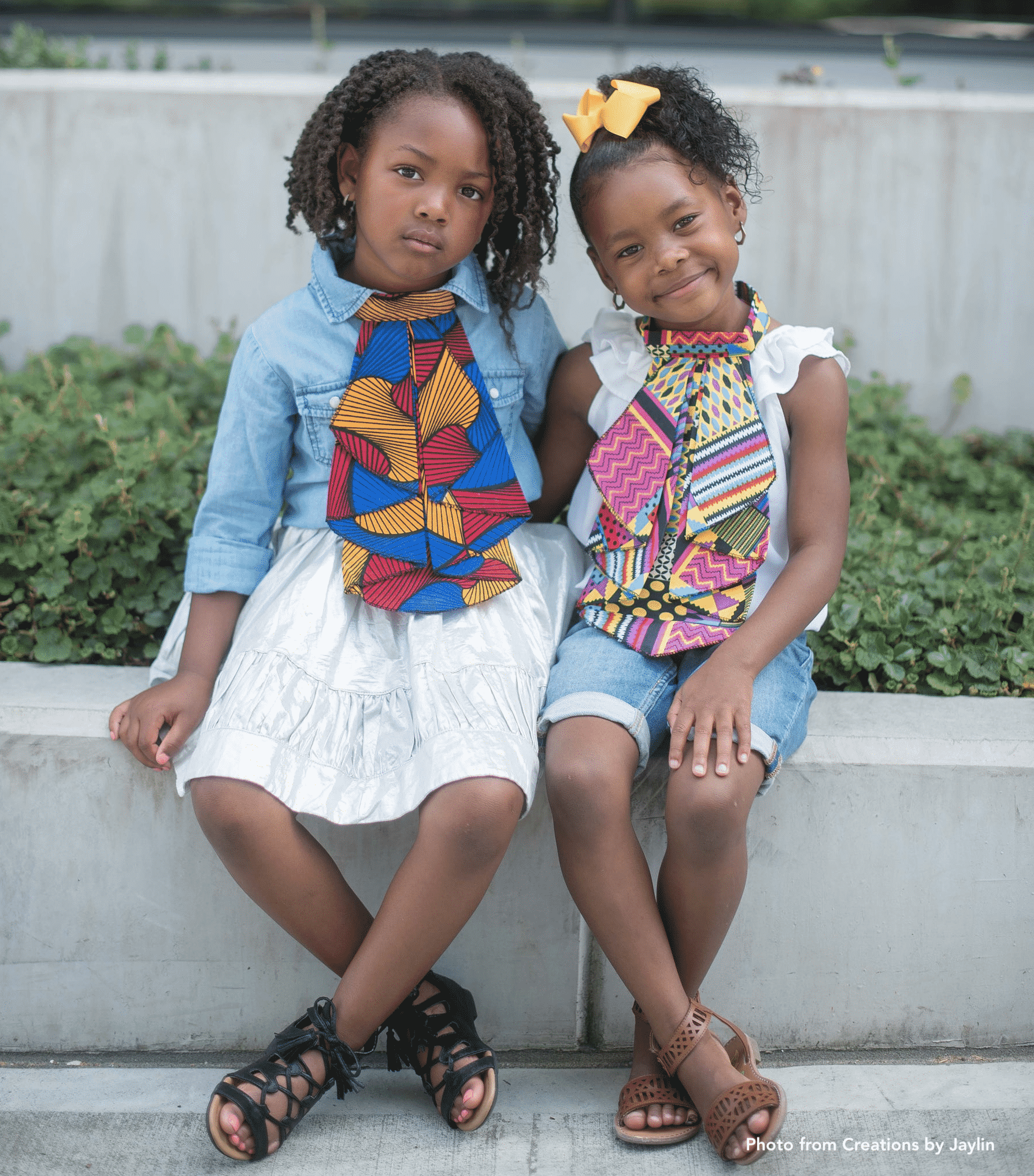 Struggling to put words together, Jaylin Harris discovered she was dyslexic at 8-years-old. Jaylin and her mother, looked for schools that would help Harris soar through studies in Seattle. Jaylin fell in love with Hamlin Robinson School, an independent school that has a curriculum crafted to meet the needs of Jaylin. However, due to tuition prices, her mom was unsure that they could afford it.

So Jaylin, a brilliant budding artist, created a business, Creations by Jaylin, to earn money for tuition when she saw a woman with a tie. Now she has a line of Ascots in bold prints and colors to sell. The Ascots are designed for girls and women. As well, she sells her paintings and has started a line of masks during the Covid-19 health crisis.

You cannot keep an artist down. They will always create a way forward.

Deforestation, water pollution and the rapid rise of endangered species in the once pristine ecosystem of Ecuador are just some of the issues that Kichwa Sarayaku Native, Sumak Helena Sirén Gualinga takes on as a teen activist.

Gualinga follows a long line of indigenous activists in South America who fight against foreign companies that have damaged Ecuador’s environment through years of unsafe extraction that leads to pollution and other issues.

In her community that is in the Amazon forest, the Ecuadorian government used its military to allow companies to seize indigenous land to extract oil. The disruption displaced many while those who stayed, sick.

“This should be criminal,” said Gualinga. She still fights today, although Native environmentalist activism is a dangerous job. In the past three years, dozens of activists have been murdered. Yet, this does not stop Gualinga.

While she makes known the devastation of Covid-19 to her communities, she also shows how continued deforestation and pollution gravely hurts Amazonian people. Included, she stands in solidarity with young activist across the world, tweeting environmental issues in Africa and in other parts of South America.

Finding fatherhood: how to be a father in my fatherless world

After years of grappling with an almost non-existent relationship with my father, I stare fatherhood in