Weekend nights in late August and early September welcomed hundreds of young adults in Florence, Italy’s city center. Dozens of small groups talked between drags of hand-rolled cigarettes and sips of inexpensive wine while congregating in the city’s famed, Plaza de Republica. Since a significant number of bars and clubs remained closed, the ancillary streets and various plazas and piazzas served as central meet up spots.

During the day, families and couples walked the same thoroughfares between stops of small plates of local cuisine and chats with friends. The ebb-and-flow of people is far from the 16 million tourists—mostly from the US—who trek through Florence before the Coronavirus pandemic shut down the world.

With Covid-19 infections reporting just under 2,000, both groups grabbed the last days of summer before school started. Weeks later, in mid-October, new cases jumped to just over 11,000 along with a report of 7,131 hospitalizations. Most of the infections are reported in Lombardy, the most populous region in the country.

In response, the Giuseppe Conte Administration released a new set of restrictions that roll back some of the liberties Italians and EU visitors enjoyed during the warmer months. “The strategy is not and cannot be the same as it was in spring,” said PM Conte during an address to the nation this past weekend.

Masks must be worn outside at all times except for when eating. The unspoken allowance is also for smoking. If fined for not wearing a mask, the fee is €3,000.

While wearing masks at home are encouraged, it is not required, though 77 percent of infections are spread between family and friends. “We can’t introduce a binding rule, but the message we must send at all costs is this: do not organize private events with lots of people,” said Prime Minister Giuseppe Conte.

As well, local mayors have the authority to close crowded squares and high school hours have been reduced. Included, bars and restaurants can only allow a maximum of six people inside. Also, they must close earlier while local fairs and restaurants have been cancelled along with some sporting events.

“We must act, deploying all measures necessary to avert a new generalized lockdown,” said PM Conte. “The country cannot afford a new setback which would severely jeopardize the whole economy,” he continued.

Italy ordered one of the most stringent nationwide lock downs in March when it became the global hotspot of coronavirus after the pandemic hit China. Only grocery stores, open air markets, pharmacies, tobacco shops and banks remained open. Residents were ordered to remain indoors and could not travel far from their residences.

Thousands of businesses went under and PM Conte announced that the country went into a recession. With this year’s olive crops devastated by weather and a bacteria that spread through harvests, the economic climb out of a shrinking GDP will be long and arduous. 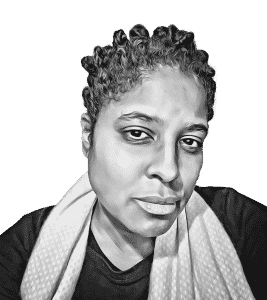