US farms grow a billion pounds of pumpkin a year. The crop, more American than apple pie, has a rich history before colonial times, and even across continents.

This time of the year, pumpkin reigns supreme in the US. Carved and decorated during Halloween, and made a savory, the pumpkin is more than just a Halloween prop. Whether people are fighting between pumpkin pie and sweet potato pie, or the plethora of pumpkin spiced foods, the indigenous squash has a history long before ghoulish carvings placed on a doorstep from trick-or-treaters.

Pumpkins grow in subtropical and tropical lands. While they’re found on every continent except Antarctica, Native American nations traditionally gathered them from areas near rivers, streams and lakes because pumpkins thrive in moist soil. However, the oldest domesticated seed was found in the Guilá Naquitz cave, an archaeological site located in the highlands of Oaxaca, a region of Mexico.

Oaxaca is known for its Olmec civilization. The Olmecs, noted as the first civilization in the Americas, are also credited as being Africans who migrated thousands of years ago, or Black indigenous peoples who created a civilization that still bears evidence with its Olmec heads throughout Central America and Mexico.

Dated as 10,000 years old, the pumpkin seeds found signifies that the crop itself is a lot older. It takes thousands of years of specialty breeding to domesticate any plants, so a 10k old domesticated seed shows signs of a civilization as old as ancient African nations.

When European settlers illegally immigrated to the New World colonies. Initially, they labeled pumpkin as a food source of the poor. But when food supply got funny, and economic austerity kicked in meaning they were straight up starving, the pumpkin became a staple. Consequently, the pumpkin was the first major crop transported to Europe from the American colonies.

The European documentation of the New World pumpkin patches dates as far back as the late 16th Century. Dutch engraver Theodore de Bry depicted life in an American colony in the late 16th century when he recreated a drawing by John White of Secotan, an Algonquian village that sat along the Pamlico River in present-day North Carolina. In it, there was a field of pumpkins percolating by the water.

The use of pumpkins of carvings is said to come from the Irish, Scotts and Danes. In Ireland and Scotland, the turnip was traditionally used to carve the Jack-o- lanterns. However, immigrants to North America used the native pumpkin, which is both softer and much larger.

The pumpkin, when dried, becomes a gourd. In many traditions, the gourd is used in many ways. From a storage container, to a drinking tool, even used in constructing a musical instrument such as the African shekere, the term gourd in African American freedom tradition holds another significance. When enslaved Africans ran away one of the directions given was for escapes to use the stars as a map.

There are many types of pumpkin species native to Africa. Like the pumpkin flute of Nigeria or the favored, Nzunzu in Zimbabwe, the pumpkin and its seeds are a rich food source carrying nutrients such as magnesium, zinc and potassium.

While squash vary in taste, the slightly fibrous flesh ranges from slightly herbaceous to very sweet. Try the Candy Roaster from the Navajo, it is known for its sweet meat and resistance to disease, as well as the buttercup, which are all species used in Georgia and the Carolinas. Now, the pumpkin is a celebrated American crop used in many ways. So check out a few Black farmers from the Black Farmers Index you can pick a pumpkin from their patch. 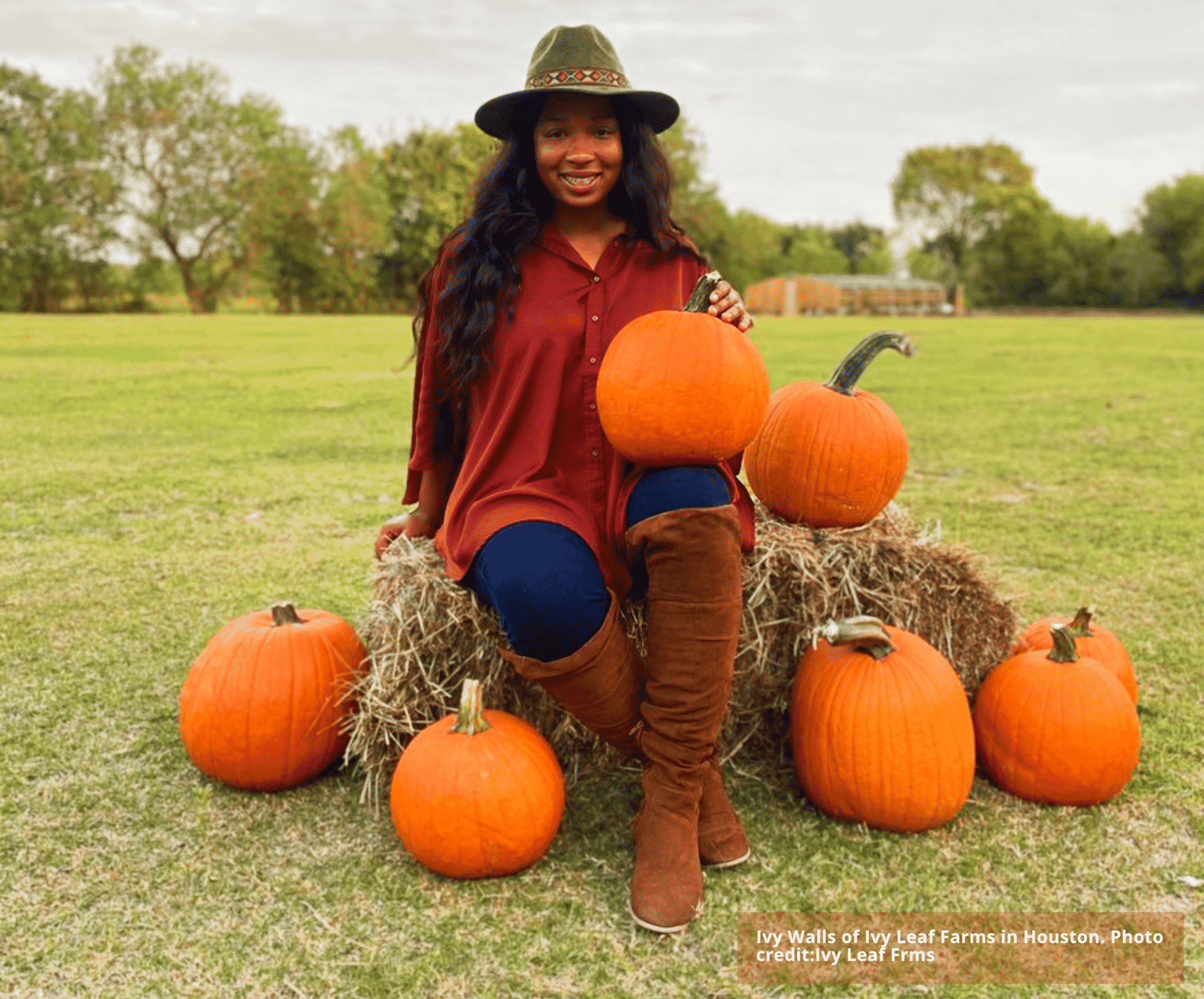 Food deserts are man-made fallacies for Scott. His idea pushes for SNAP programs to allow EBT

Organic agriculture is booming, two organizations have joined forces to ensure that Black growers are included.