Plus 7 other facts about African Americans in US agriculture.

Black farmers made history in many ways. Here’s some history we thought expands our knowledge of the contributions of the Black agricultural community.

Martha is her name

The first known patent taken out by a Black woman was in 1868 by Martha Jones from Amelia County in Virginia. She submitted a patent that improved the corn sheller machine. Her corn sheller separated the husk from the corn, shell the corn and cut it up in one process. Jones’ application was U.S. patent No. 77,494.

We will never know how many inventions those enslaved created because the norm by plantation owners and overseers were to steal the ideas of Blackd, and those enslaved who worked under white crafts persons.

The Georgia Peach who turned California upside down 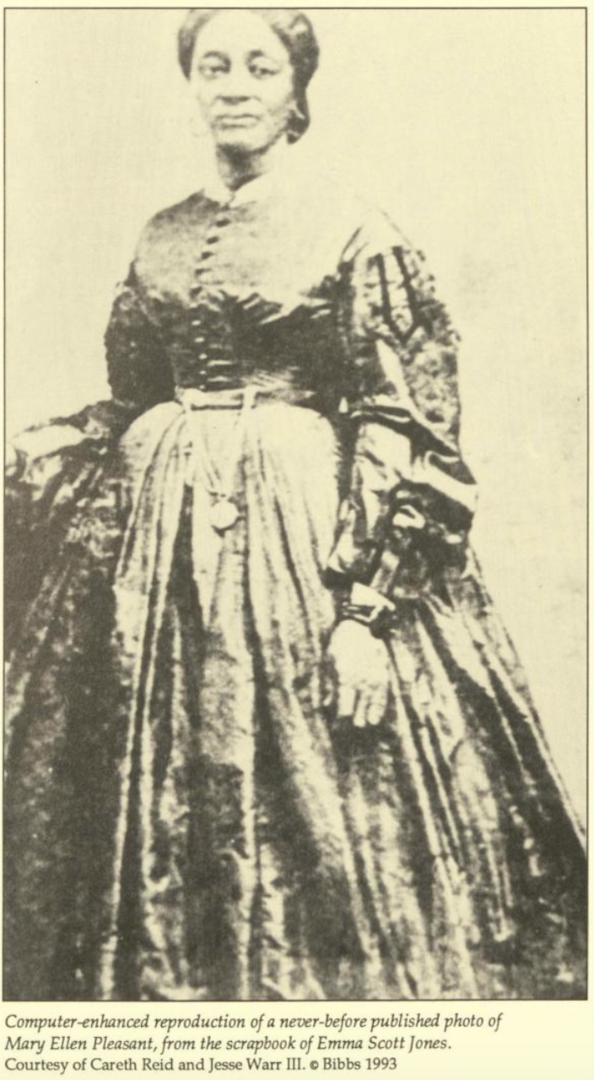 Mary Ellen Pleasant is one of the forgotten figures in California agriculture and a key historical figure in vintner culture. Before she did all that, there are so many interesting facts about a woman who single-handedly took on California’s white power structure, to the point that she played a part in preventing white Southern attempts to move slave culture to the West.

Here are some facts that much of history glosses over:

Pleasant was an effing beast. She did all of that then this . . .

In the 1890’s, she purchased the Nunn Ranch on Calabazas Creek in Glen Ellen, Sonoma County with her business partner, Thomas Bell, and his wife, Teresa. They named their acquisition Beltane Ranch.

Then they acquired several other homesteads in the area with the last purchase being the Drummond Ranch, where California’s first bottled cabernet sauvignon had been introduced in 1884. In all, Pleasant owned 986 acres while the Bells owned 575 acres. Pleasant and Bell managed Drummond’s vineyard, and operated a planting an apple orchard, and leasing the land to pasture horses and other livestock.

Though Pleasant handled all business affairs, it is likely she partnered with the Bell’s to mitigate growing white hostility and terrorism; especially towards successful African Americans.

When Thomas died, Teresa turned against Pleasant saying she had stolen from her and husband. Teresa, using her white privilege was believed and Pleasant spent the rest of her money and days, trying to clear her name. The Beltane Ranch still operates today as a resort.

Born free in New Orleans in 1806, Norbert Rillieux was a free man of color from the city’s Creole class. With a freed Black mother, Constance Vivant, and a European plantation owner father who was an inventor named Vincent Rillieux, the young Norbert was sent to France for studies at L’ Ecole Centrale in Paris.

There he mastered work in thermodynamics engineering and began creating better methods in sugar refining. At the time, Louisiana was a large sugar cane producer that used the Anglo-Caribbean method of slowly burning sugar cane juice at high temperatures until it became crystals.

Norbert created an evaporation method that required lower temperatures and was far less dangerous. However, his inventions in France were met with resistance as being too ambitious.

A head engineer named Edmund Forstall heard about Norbert’s work. Forstall was in the process of building a new Louisiana Sugar Refinery. He recruited Norbert who returned back to New Orleans in 1884 where he convinced 13 sugar cane factories to use his patented system with new machines.

Norbert’s invention changed the way sugar has been refined since then. After business disputes with Forstall led to the city blocking Norbert from implementing a system to drain New Orleans from the water that caused a Yellow Fever outbreak, he moved back to Paris. There, locals undermined his work with claims it was ineffective; thus sullying his reputation as a scientist. Nonetheless, he opted for European haters rather than American racism.

The life of Benjamin Banneker is full of awe and intrigue. Many know him to be the man who saved Washington DC, but his bones and etchings started in farming. And it is where he left the world.

He was the product of a white grandmother who met and married an enslaved black man named Banna Ka, whom she freed after purchasing. He renamed himself Bannaky Then their daughter, Mary, met and married an enslaved man named Robert, whom she freed after purchasing like her mother. Then Robert and Mary Bannaky had several children including Benjamin in 1731.

The Bannaky family grew up on the Bannaky Farm about 10 miles from Baltimore. Benjamin’s father was an excellent mathematician and surveyor who built a series of dams and watercourses for irrigation called Bannaky Springs. Benjamin would later enhance the system.

At 15, Benjamin was tasked with taking over the family farm. Intrigued by the stars and time, he became an astronomer who eventually wrote the Benjamin Banneker Almanac that had accurately predicted several celestial events way after his death. Benjamin sent a copy of his almanac to President Jefferson at the time. In it was a passionate anti-slavery speech. He is recorded as making the first clock in America.

What he is most known for is his assistance of reconstructing the blueprints of Washington DC as it was being built. Though there is much “white historian” debate about his involvement, it is documented that he did work for L’Enfant who was commissioned to build the foundation of the city.

Banneker’s genius was well known and was distinguished as a brilliant scientist, agricultural expert and artist since he played the classical violin. He was as well, an abolitionist.

At 74, he died in his sleep at his family farm. But check out this weird twist. An hour after he died, someone set fire to his barn, burning all of his writings, sketches, blueprints, models inventions. Banneker never married, nor had any children. Unfortunately, the fire almost totally erased him from history. But if you go to Washington DC, that’s Banneker’s genius.

While the US has the reputation of reigning as king of cotton, the undisputed queen is sugar. Though sugar was introduced into the US much later than other cash crops, it was the backbone of the Louisiana economy for 200 years.

Production of sugar in the US traces back to New Orleans when it was a French colony and a port that was a central international hub for trading, and providing a home for the new and old elite. So much so, it was common that everyone in the area spoke two or more languages.

Around 1795 New Orleans’ first mayor planted sugar cane from Cuba. Because the climate in southern Louisiana is tropical, growing cane was ideal. But the Haitian Revolution followed decades later by the Civil War, stymied the expansion of sugar cane.

The USDA began subsidizing Louisiana planters and providing grants in the early 1890s to jump start the cane industry. They thought it would bring great wealth like it did in Haiti, Barbados, Jamaica and Cuba. But sugar cultivation is dangerous with high mortality rates.

This included pressuring former sharecroppers and those Black farmers who owned land to leave. What did white Southerners do? They began evicting Blacks from their land, which led to massive homelessness. African Americans lived in tents on highways and in encampments on federal land because they refused to leave.

Then states began to limit food programs in order to starve them. Across the South, epic levels of starvation, malnourished families and displaced people plagued rural life, but Mississippi became ground zero. And guess who led it? These three women, Victoria Gray, Fannie Lou Hamer and Annie Devine.

Through their efforts with several groups they organized laborers, farmers, and domestics from rural Mississippi through the Democratic Bloc they helped form called Mississippi Freedom Democratic Party (MFDP). In their work in voter registration, civic education and electoral politics, they activated over 80,000 Blacks to vote and shift the white monopoly in Mississippi’s electoral politics. They were also the first black women to speak before the United States House of Representatives.

Gray who went by Vicki, was from Hattiesburg. In 1968, she ran for a Senate seat under MFDP. Though she lost, Gray and Davis often get left out of their work to empower Black farmers. Devine, who preferred to work behind the scenes, organized her hometown of Canton, Mississippi, and ran for a Congressional seat, but her name was left off of the ballot. Hamer, known as the mother of food justice, was from Ruleville. The vice-president of MFDP, she launched the Freedom Farm Cooperative (FFC) coop, where she bought 640 acres of land for Black farmers to farm.

Black Panther began in the minds of activated Black farmers

The first Mardi Gras celebrations took place in Mobile, Alabama, the first outpost of France in North America. To this day, they have secret societies around the celebration that are well over 200 years old.

But here’s another fun fact we’ve mentioned before. It was in Lowndes County, Alabama where the concept of a Black Panther was used as a political symbol. The image, used by Black farmers fighting against a lily-white, racist Democratic power base, had to adopt a symbol that represented their new Dem political bloc.

Back then, a lot of people were illiterate, so images were used on ballots to help those, both white and black, who could not read. Well, the white Democrats used a white cock for their symbol.

The Black folk chose the Black panther, who would eat the white cock. Brilliant. Now how did that symbol make it to Marvel Comics then travel to Oakland? Because of the SNCC organizer who was working with the Black farmers—Stokely Carmichael who changed his name to Kwame Toure. Ironically, as Mardi Gras started in Alabama, Mr. Toure is from Trinidad & Tobago, an island-nation known for its Carnival.

The woman in the photo would be someone who would be involved in voting rights in Alabama. A sister who carries her groceries to her family and two pails of milk or water, or oil in it.

Rice harvesting in the Carolinas was the most essential crop for centuries. Years after rice farming left the region, archaeologists researched the Carolina rice fields. Carefully irrigated and carved out by enslaved Africans, to their surprise, the lines of the fields were mathematically exact. So exact, the mathematics of the fields were considered on par with the equations of the pyramids. This little nugget of information inspires us to know that insurmountable odds never blocked our genius. Keep shining Black farmer family.

Black farmers now coveted sector as meat prices surge. Here’s 60 of them to check out

Shoppers discover that the meat ain’t cheap, but Black farmers have quality proteins that are becoming

Black Farmers Index announced that it has formed a *partnership with Family Agriculture Resource Management Services,