“Amazon brags they pay workers above the minimum wage. What they don’t tell you is what those jobs are really like and they certainly don’t tell you they can do much better for the workers,” said Jennifer Bates.

This week, held the Senate Budget Hearing on the “Income and Wealth Inequality Crisis in America.” Invited to testify by Chairman Bernie Sanders (D-VT) was Jennifer Bates who works at Amazon’s fulfillment center in Bessemer, Alabama. During the testimony, she detailed the working conditions that led to employees decided to establish union representation with Retail, Wholesale and Department Store Union (RWDSU). 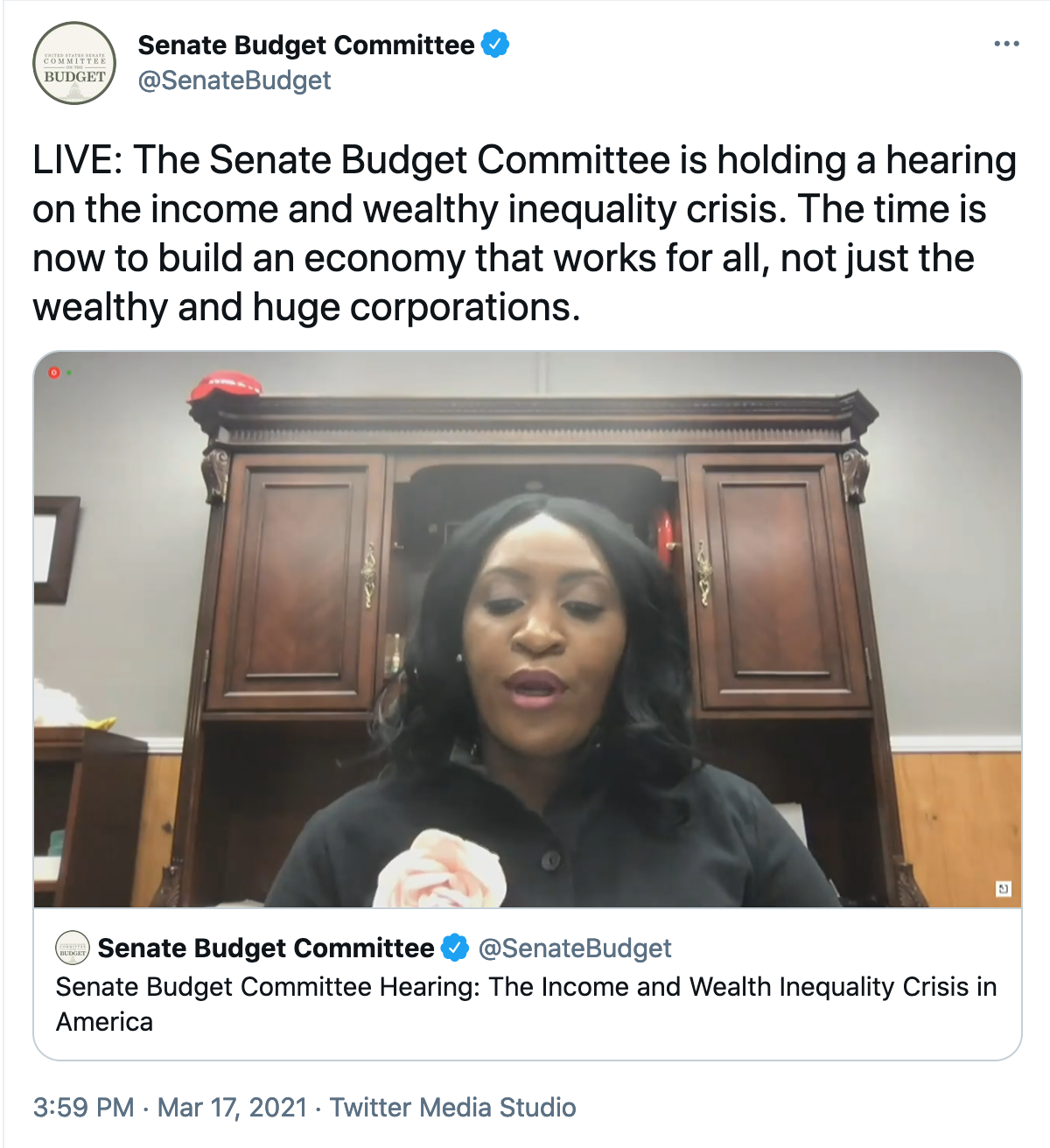 In her testimony, Bates talked about various intimidation tactics Amazon used to discourage a pro-union vote by workers. Here’s over two-dozen things we found out about Amazon’s practices.

Voting for the largely African American staff started ends, March 29. If the vote succeeds, it will be the first employees of Amazon to join a union. But the path to union representation has been hard fought.