In a joint effort with the Newark Economic Housing and Development Department, the Newark Housing Authority, as well as the “Newark Homelessness Czar,” Sakinah Hoyte, the city seeks to create lasting, therapy-centered container units. This call to action comes after the city’s housing crisis crescendoed during the 2020 COVID-19 shutdown.

With epidemic numbers in homelessness as well as poverty, the city is looking to drastically reduce the amount of individuals and families not just fighting economic barriers, but also mental health strife as the city recovers from the pandemic. The multilateral initiative comes amidst the ever-increasing homelessness issue in the city.

“As an extension of its mission to provide decent, safe, and sanitary housing, the Housing Authority has pledged any support necessary to assure that this program becomes a success,” explained Victor Cirilo, the Executive Director at Newark’s Housing Authority. “We will not achieve true progress until we exhaust every resource necessary to help those with the most need.” 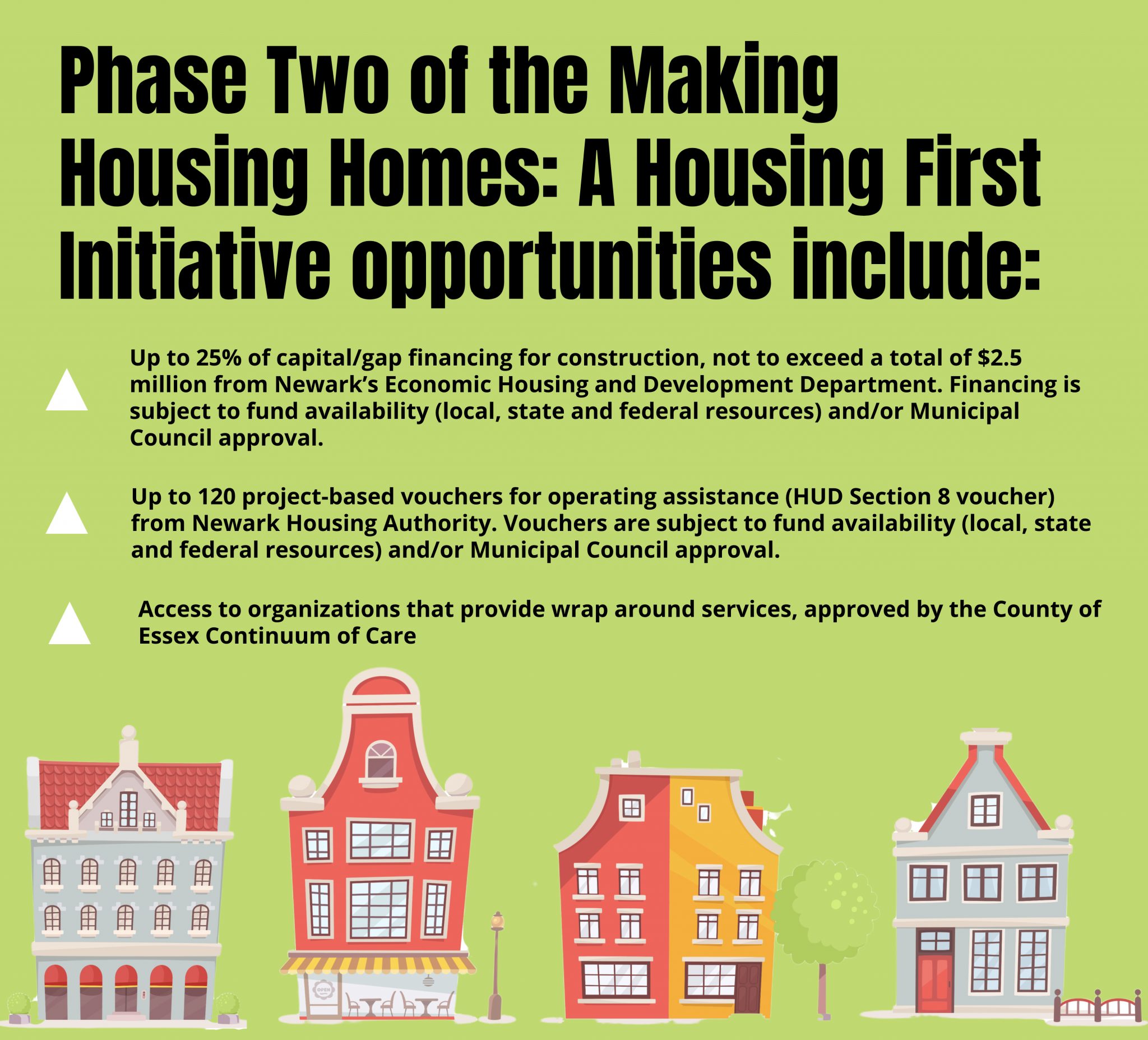 With approximately 14 out of the total 73 in Essex County, Newark’s emergency homeless shelters are at capacity and underfunded, with many closed or with heightened restrictions due to the COVID-19 pandemic. This has left thousands displaced and littered throughout the city often sleeping near Newark Penn Station, park benches, and even in the ATM lobbies at banks.

According to the National Alliance to End Homelessness, there were 2,235 homeless people on any given night in Newark circa 2019. As per the HUD findings in its 2020 Annual Homeless Assessment Report to Congress, the homeless population in New Jersey had one of the largest increases— about 800 individuals, 282 families or about a 10 percent increase. This is recorded as one of the largest surges in the U.S during the 2019-2020 year, juxtaposing the overall downward trend occurring in the state from 2007-2020. Ultimately, the upswing resulted in the total number of homeless people in New Jersey to rise to 9,662 in 2020.

“Homelessness is a moral issue that demands our greatest efforts to achieve a solution,” Mayor Baraka said. “We need to provide our most vulnerable residents with decent homes and the tools they need to regain control of their lives. We are maintaining our focus on our efforts to bring hope and empowerment to more residents and families, doing so with professionalism, compassion, and unity.”

In light of the pandemic, coupled with persistent issues predating COVID such as gentrification, thousands of Newark residents have been displaced via job and income loss. The program is looking to find permanent housing for all qualifying residents.

The racial breakdown of the state is as follows:

“This year more than 6,000 individuals have filed evictions in our region,” said Ms. Hoyte. “These filings represent the crux of this moment and our need for housing units. As housing insecurity amongst Americans worsens, the need for housing becomes more paramount.”

Black Lives Matter in the whitest in state in the Union: Part 2. Avoidance and denial

Birmingham mayor pardons thousands of residents who had marijuana cases