Under the dynamic cultural medley of Marseille, the oldest city in France, are social and political tensions that spill out into violence and discrimination. This two-part series looks at Marseille through race and class.

“You can see Algeria from here on a clear day,” my friend and I are told as we stand looking out at the sea. We are in Marseille, just outside of a huge civic museum called Le Mucem. As we admire the rich blue waves kissing the shores, the atmosphere is effortlessly dynamic and cool.

Although this is my first day, the human landscape feels familiar. When I scan the sea of people going to-and-fro, many faces reflect histories from across the globe. But clearly we are all here, rooted together. Outsiders call Marseille the other France.  Looking at the passersby, I instinctively understand why. Marseille is the most diverse city in Europe with a significant concentration of Muslims, Jews, Armenians and Africans.

On my third day, I start talking to Samia, a 29-year-old manager of an Egyptian eatery who quickly becomes part of my morning breakfast routine. She is friendly, charming and patient with the fact that I do not speak French. Fired up by an earlier conversation about Marseille and its salacious history, I ask her what she thinks of Le Mucem.

“It’s for tourists. People from Marseille do not frequent it much.” Built in 2013, Le Mucem’s imposing structure deals with themes of France’s colonial past. Its focus on collecting materials and curating exhibitions centering colonial empires, still causes much controversy with locals. Constructed near Marseille’s famous old port, it was thrown in the midst of a working class community; one arm of a wider gentrification project.

“Many people have boycotted Le Mucem,” I am told by another Marseille resident.

Unique in its structure as compared to other cities in France, the blue collar communities situated around Le Mucem are in the heart of the city. Similar working class districts sit on Marseille’s periphery. Though Le Mucem brings tourist traffic, which feeds into local businesses, the resident’s resistance remains fresh.

When the museum was built, there was a significant fallout. Residents rejected the city’s efforts in furthering cultural and structural destabilization. Since 2018, the Marseillais have protested how Le Mucem ushered in more gentrification developments that forced locals to move. In turn, some of their protests were met with police abuses such as being tear gassed and beaten.

| Read: From Atlanta to Nigeria: A conversation on gentrification

Noting this sordid history, I turn my attention back to Le Mucem. Inside, it is filled with the usual suspects: young white families, couples and tourists. I walk into the museum’s clothes shop as loud hip-hop is being played by a DJ. The prices are eye-watering with many items marketed as “ethnic.” I feel uncomfortable as the DJ rocks out to hip-hop and looks at me, as though sensing my feelings of being out-of-place. Once out of the huge space and into the outside air, I observe the locals. I hear laughter, smell what I think are nuts being roasted, and hear conversation in French and Arabic.

Samia speaks briefly of the Corsican and Italian presence in Marseille, their gated communities, and the influence of public officials in making them happen.

“The Italian and Corsican community have been here for a very long time.” The first wave of Italian immigration happened in the late 1800’s. “Their history in Marseille is linked to drug crime and now they live in some of the wealthiest areas.”

I ask her if she is speaking about the notorious gated communities outside the city center, “Yes, in Colline Perrier [an area of Marseille] they were able to build their own private communities, with shops, swimming pools and the rest. In order to get in, you need to be on a list or know a resident. Just outside is one of the poorest communities in Marseille.”

She goes on to tell me of how Corsican immigration’s restructuring of thoroughfares in the areas have affected the local population.

“Before, children could cut through this area to get to school. Now they have to go around, which adds 20 minutes to their journey.” As she described the situation further, it started to sound like the Italian migrants formed an illegal settlement.

I ask how it was possible to make parts of the city inaccessible. She describes the established Mafia presence and the historical support of local politicians. “They have enough power in high places to get whatever they want done,” Samia explains.

It all sounds rather brazen, but experiencing firsthand how quickly city landscapes can change —  with families being pushed out of their own communities — though scandalous, it was unsurprising.

Samia tells me that Marseille is also known for its dilapidated buildings, rented majorly to its most marginalized. Her facts trigger the memory of the 2017 Grenfell Tower fire disaster, the British disgrace that happened in London. A flat in the ill-repaired, state-funded high rise caught fire during Ramadan that year. The blaze quickly ripped through the building killing dozens of people. At the thought of Grenfell, I feel myself become emotional as she recounts a similar incident that occurred only a stone’s throw from where we are standing, in the area of Noailles.

For years, Noailles’ inhabitants complained about the dangerous living conditions. The neighborhood has dealt with issues of security for decades. Guns, drugs and violence have spiked while political officials look away. Years ago, an older Arab woman was shot on her balcony by police. Domestic violence has peaked. But, at the center of the insecurity is how the people are grossly exploited in the residential quarters.

Privately owned ramshackle housing was continuously rented out by by slumlords. These property owners knew that their buildings are in ill-repair. Yet and still, they refused to do any renovations or regulate the number of people living in a home because no one holds them accountable. The inevitable collapse occurred when several unsafe buildings fell onto each other in 2018, killing approximately eight people while displacing thousands. In the investigation, it was discovered that one of the deteriorating buildings was owned by the municipality.

Reflecting on this injustice, I thought about how the flagrant and deliberate disregard of the poor is often masqueraded as innocent mistakes by governing bodies. Samia and I grew silent for what felt like a long time.

In explaining how the city resisted in protest, Samia also spoke of the many people who took to the streets. I mention a New York Times article framed the protest as mainly being attended by the bourgeoisie. Samia laughs and says that though the bourgeoisie were present, to the surprise of many, the white people there were mainly poor.

“There were other ethnicities there too, for sure, but the issue is access. Many poorer areas of Marseille are on the periphery of the city. The transport is terrible. You need three buses to get even close to the center. Many people from the outskirts could not get in. This is deliberate,” said Samia.

In describing the transport plans of the city, she was acutely aware that it favored certain sections of France. In international discourse, pertinent facts about the Marseillais’ fight against gentrification, were omitted in the press. Across the board, mainstream news painted the poor and immigrant communities as unmoved by the dire situations that directly affect them. She says the attacks in the media on immigrants, especially Muslims, is strongly felt in France.

We speak again of Le Mucem and the fact that Samia was once employed there as a tour guide.

“Yeah, they are really racist,” she says in that refreshingly frank way you do when there is no need to mince your words, “but this is Marseille.” She goes on to tell me of the trouble she and her boyfriend had renting a house.

“Landlords would agree to meet when we spoke on the phone and we would turn up to appointments with comments, ‘Oh! Is it you both… uh, okay. Buonjour.’”

It was clear that the owners did not want to rent to Blacks or Arabs. She told me of how one potential landlord called her workplace to see if she was actually employed there. “That is not legal, surely!?,” I hear myself almost shout. “Of course not, but this is Marseille.”

I am annoyed at just how cookie cutter the expressions of racism can be across Europe. We look at each other and laugh at the absurdity of it all.

Next, I speak to Samia’s colleague, Sophie, who tells me more about Italian and Corsican life in Marseille. In her details, she explains how they established themselves as a notable presence over many decades. I ask her how she knows so much about the history, “My grandfather is Italian and lived through a lot of the change.”

Having to leave before Sophie could get into more detail, I tell them that I will be back and I am glad to have met them. Though this was all true, the conversation remained a cruel reminder that there is nothing new under the sun when it comes to our old foes racism, classism and the subjugation of those othered. However, the beauty of it was the resistance I saw very much in bloom in the formidable character of the women I spoke to that day. 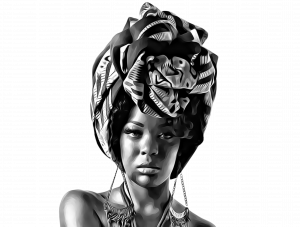 Birmingham mayor pardons thousands of residents who had marijuana cases

Gas shortage in North Carolina, $5 a gallon in Los Angeles from Cyberattack