It’s hot outside. But as you drip pools of sweat in yet another heatwave searing across the U.S., cool off by digging into a time-honored favorite—an ice dessert.

To grow up in the city in the 70s, 80s, 90s and early 2000s meant frequent trips to the ice cream truck that slowly rolled down your street. The top selections were popsicle bombs or frozen syrupy beverages in a long plastic shell. Definitely, they were not juice pops and far from iced water, but it was a temporary fix to the summer heat that can swell the United States. Kind of like right now.

But, as foodstuffs leave and you grow, things that were once childhood favorites become a thing of the past. However, the need to cool off does not. So, let’s make eating popsicles fun again by following the network of pops and icees across the globe. From the Yucatan to Sicily, cultures across the world have created delectable treats to satisfy their sweet tooth, all the while,  cool them down. Whether they are iced pops, popsicles or shaved ice, try these cultural sweets at a dessert shop or restaurant near you. 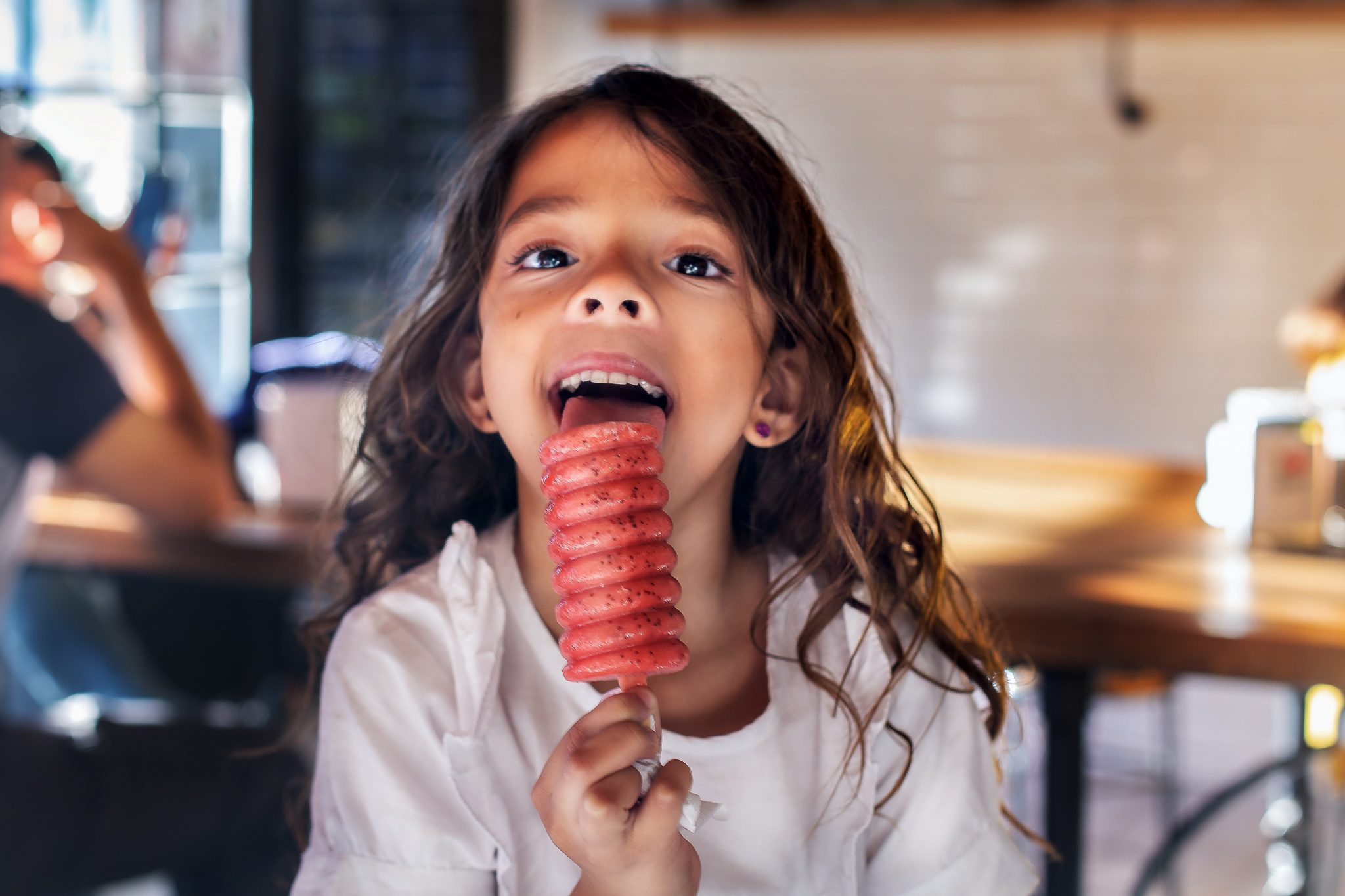 For most of the year, Paletas are a common treat in Los Angeles, Chicago,  Arizona and the Tex-Mex border, where Mexico’s roots are deeply embedded in local culture.

Paletas, which are said to have been commercialized around the 1930s in Tocumbo, Mexico, are a combination of milk and juice that is frozen into Mestizo goodness. The liquid-based rock ice is made from fresh natural tropical fruits with spices such as chile powder and vanilla bean, that give the popsicles a more intense flavor. The stick, called a palo in Spanish, is where Paletas comes from. It is used to make them  a portable, refreshing snack.

Over the years, Paletas makers, or Paleterias commonly known as La Michoacana, have become more inventive in tastes. Yet, the industry still holds onto its roots of pineapple, passion fruit, coconut, mango, lime and other indigenous fruits in the expansive Mexican landscape. Viva Mexico with tasting form the following locations:

Paleterías Tropicana | Kansas City and several other locations in Missouri

After the conquest of Persia by Aras, they expanded their colonial efforts internationally while also transporting the foods they took from the old dynasties of Persia. One of the hubs was the island of Sicily, which is now the southernmost region in Italy. In particular, southern Italy became an integral colony of North African conquerors known as the Moors; hence the ornate ceramic heads of Moorish nobles that are in every other shop in Sicily, and in some other Italian cities like Florence and Naples.

Back then, a granita was a treat limited to noble consumption. Blocks of ice were taken from Mt. Etna’s snow caps, the volcanic mountain in the southern part of the island. Then it was transported to special storage chambers of royal palaces and villas to maintain the frozen texture. When the dessert was on the menu, the ice block was shaved or grated then mixed with fruit and sugar.

Nowadays, everywhere you turn in Palermo, the most populous city on the island, you’re greeted by an espresso bar or gelateria selling Granitas, or vendors hawk both. But all granitas are not the same. Similar to taco stands, pizza joints and fried chicken shacks that use ethnic, as well as, cultural affiliations for authenticity, a good granita uses fresh fruit like lemoni, the Italian word for lemons, for its syrup, and shaved ice to pack in a cup. It is served with a spoon.

While granitas are a local staple to combat elevated temperatures in Palermo, they are a treasured dessert dispersed by the Sicilian diaspora. In the U.S. it is estimated that 1 in every 20 American has some type of Italian heritage with most of it coming from southern Italy. Between beating the heat and indulging in a sweet, here are some shops slangin’ granitas that are popular called Italian Ice or Water Ice.

Piraguas and Limber or Limbel

Piraguas and Limber or Limbel de Coco are Puerto Rican traditions used to help with  the sticky tropical weather of the island. Piraguas are fruity-syrup flavors poured onto shaved ice formed into a pyramid. Usually sold by street vendors called piragüeros, piragua are most popular on the hottest days of the year.,

The Limber or Limbel, which is coconut milk frozen inside of a cup, has a somewhat bittersweet story wrapped in all of its colonial trappings. A local answer  to an icee, fans included aeronautic legend Charles A. Lindbergh. During his epic flight around the world,  he stopped in San Juan and was given a  treat of a frozen fruit in a cup.

Of course, he loved it. So in his honor, they swapped out the local name for him, instead. To date, it is called Limber or Limbel de Coco. Though started with the richness of coconut milk, the pops also come in other tropical flavors like mango, limón, pineapple and guava. You got to go hella local on this one. Since limbers are made at home or in small shops and piragüeros are street cart businesses, the best way to find one is in a Puerto Rican enclave, or in Puerto Rico. The good news is since the island is a US territory, a passport is not required. Here are the handful we could find. That said, do not let the limited online presence fool you, Boricuas represent. 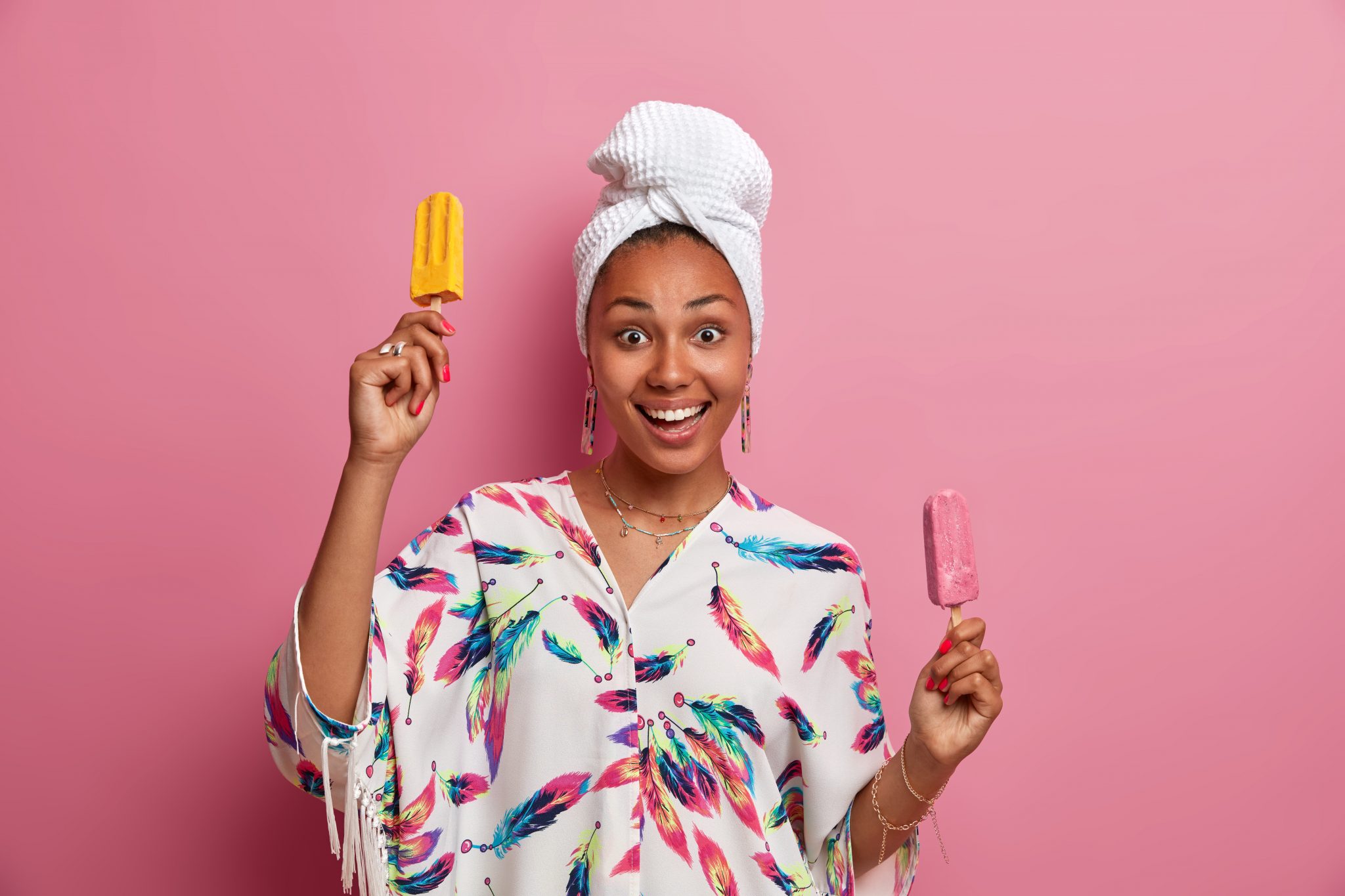 One winter night in the Bay Area at the turn of the 20th century, an 11-year-old named Frank Epperson left his halfway completed soft drink in the garage. In 1905, soft drinks did not come prepared. Rather, consumers mixed together bicarbonate powder, water and flavoring.

Epperson stopped midway into making his concoction to go do something else, but forgot to come back. When he remembered the next day, he went to check on the popular drink, but he did not find a beverage. Instead, the exceptionally cold California night froze the drink with the mixing stick still in it. Epperson had an “a-ha” moment for a new treat defined as ice pops. For decades, he worked to grow what was initially called Eppsicles ice pops. In the patent he took out, he described the future phenomena as “frozen ice on a stick.” As he got older then started a family, his children nicknamed them Pop’s sicles.

By 1925, Epperson liquidated everything to grow his business. However, out of money, he sold his rights to the Popsicle to the Joe Lowe Company. Of course with capital the newly rebranded popsicle blew up and became a favorite for children and adults, while Epperson died never recouping much profit from his invention. Today, his heirs still work to celebrate the king of the American ice pop. Since Epperson’s modest discovery in 1905, popsicles have evolved into gourmet experiences. Try some on this hot day.

While the formal introduction of a sno-cones is given to Samuel Bert who invented a sno-cone machine and sold the cones at the 1919 State Fair of Texas, it had already been a hot, summer day treat in other areas of the country.

Gumbo and beignets are not the only favorite food coming out of New Orleans. The shaved ice treat known as sno-cones probably derives from the Italian, French and Spanish immigrants who flooded the area at the turn of the 20th Century, bringing their culinary traditions that eventually merged with Africans and Natives to create Creole and Cajun food traditions. Much like granitas, sno-cones are shaved ice chunks in a cup that is topped with a fruity, sugarcane syrup or two. But Baltimore is also a city where sno-cones emerged as summer treats in the 1850s.

Eventually, sno-cones became more refined. The first block-style ice shaving machine was patented in 1934 by Ernest Hansen of New Orleans. Instead of chunks of ice, the ice machines turned the frozen water into a powdery texture. In turn, it was scooped and placed into a cup shaped like a funnel then topped with fruit juice. Within the time shaved ice becomes a thing on the mainland, Hawai’i develops its own shaved ice tradition, which folds into the sno-cone and sno-ball craze. Here are some places to keep your body cool.

Keeping the tradition of the sno-ball in a recreational space, you often find them at fairs, carnivals and theme parks. But there are some places to keep your body cool.