Many fear that freedom of expression is gradually being suppressed in the West African country.

On June 1, Nigerian president Muhammadu Buhari wrote a tweet deleted after 24 hours for violating Twitter`s rules and regulations. His post referred to the country’s Biafran civil war as a threat to his critics. Shortly after, the country banned Twitter and restricted internet usage for citizens due to online dissent. In response, the country’s media organizations have revolted against these alleged censorship attempts.

President Buhari directed the tweet to citizens in the country’s southeast region, threatening action against insurrectionists there. Currently, an armed group has emerged from the main pro-Biafran secessionist movement.

Buhari blamed the group for the region’s recurrent attacks. In the strike, protesting groups destroyed police stations, as well as trashed government buildings. They also targeted electoral offices. In the southeast, one of their violent raids resulted in the killing of several civil service officials. Succeedingly, Nigeria placed a ban on Twitter.

“Twitter has been a platform that threatens Nigeria’s existence.” Minister of Information and Culture Lai Mohammed commented. “We found out that it is the platform of choice for a particular leader who resides outside the country and issues directives to its members to attack symbols of Government authority, it is being done without any consequences from Twitter.”

Lai also asked the House of Representatives to include internet broadcasting under the control of the Nigerian Broadcasting Commission (NBC). The bill would give NBC the sole power to consider applications for the establishment and ownership of radio as well as television stations. Additionally, the Minister required all social media agencies to register and attain local licensure to operate.

“All member countries have obligations to uphold freedom of expression as one of the core values and principles of the Commonwealth Charter,” affirmed the Secretary-General, Patricia Scotland. However, news outlets expressed that Nigerian authority shows the contrary.

Several major Nigerian newspapers carried out front-page advertorial, citing this as an information blackout. On August 1, the Commonwealth placed Nigeria on its watchlist due to  the suspension of Twitter. Some criticised the Governing approach by comparing the real situation on the ground and finally what proved to be of greater importance.

| Read: The hashtag that woke many up to the Black roots of noise and electronic music

“We have so many issues, it does not make sense that this is what the Government chooses to focus on.” Nigerian Journalist Adeola Fayehun told Aljazeera. “They held a press conference the exact day this happened, but everytime people die, there is no press conference. They focus on misplaced priorities.”

On the same, Journalists criticized the interference into independent journalism by an unreliable Government.

“[M]edia is supposed to be independent,” explained Nigerian Guild of Editors (NGE) president Mustafa Isa during an interview. Isa talked about the Government using fish stories to cover up authoritarianism. He continues, “[W]e complain about bloggers but the Government did not take the steps to prosecute those who may have gone against the law, new laws cannot change their activities.” He asserted. 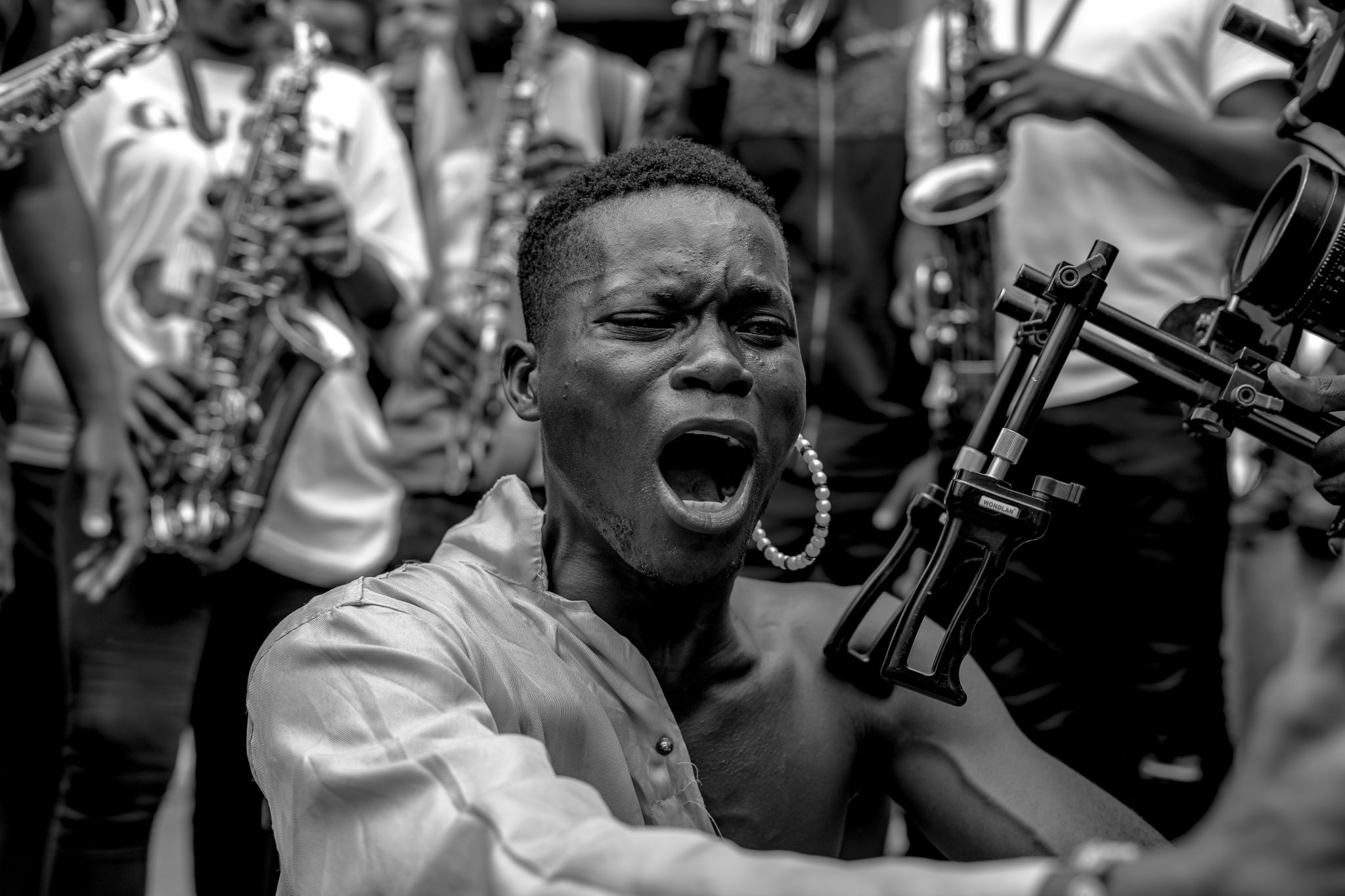 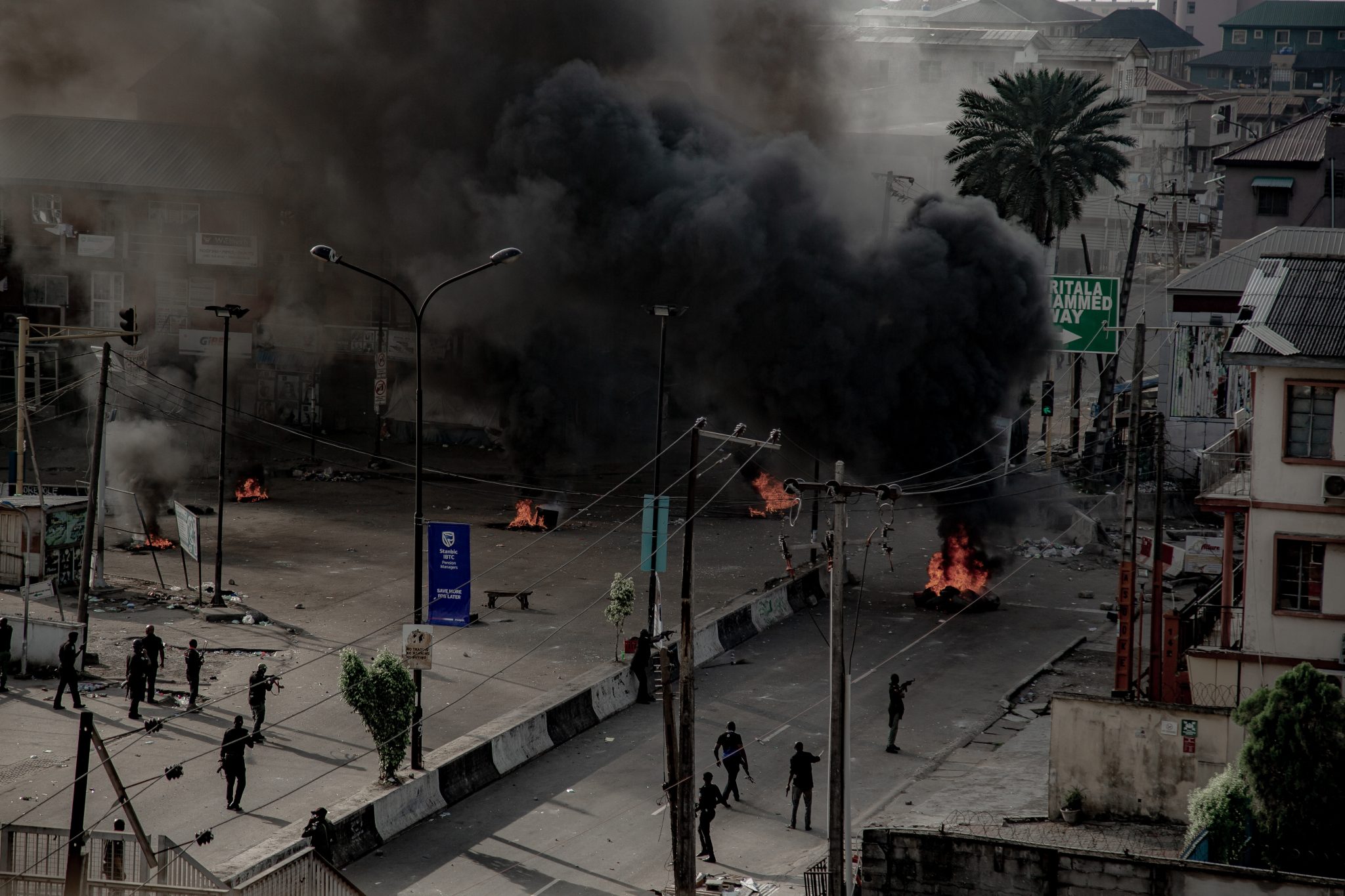 Less than two weeks following Buhari’s infamous tweet, Nigerians took to the streets on June 12 to protest against President Buhari’s alleged dictatorship. Protest slogans voiced included, “Bandits now have colonies within our country, we cannot continue like this!” and “We are practicing a civilian dictatorship, this is not a democracy!” .

“If you use social media there are problems, if you go out to protest, this is also a problem. What does this say about the current Government? When we protest, we are letting you know about our concerns. A leader that has the interest of the people at heart, will listen. The Government is quick to react but not to respond.” Nigerian activist and comedian Mr. Macaroni declared.

Not only did citizens criticize the social media shutdown, they also protested the continuous killing of civilians and mass income insecurity. The national security threats have been evidenced on a number of incidences.

Prior to this demonstration, in November 2020, at least 110 civilians said to be farmers were killed in the North East while working in rice fields. Witnesses claimed that armed groups on motorcycles were seen in the fields before the act. This is the worst massacre Nigeria has faced in recent years.

On August 22, 22 people were killed and another 23 injured when a convoy of five buses was ambushed in Jos, the nation`s plateau state. The unfortunate events calls to attention the 2020 #EndSARS campaign contesting police brutality against the special Anti-Robbery Squad (SARS) unit of the Nigerian police, notable for unlawful killings and other related acts.

All in all, the protests are panning out to leave significant marks considering the Government’s response and the global debate.

The internet has been the fastest tool in the dissemination of information worldwide. If restricted, it can be an obstruction that is huge enough to slow down an economy, or better yet, a normal mode of living.

“The goverment and rulership of Nigeria is so dumb that they [have] forgotten the economical value of Twitter,“ expressed activist Yaki Ferrari during a June demonstration.

According to NOI polls, 39 million Nigerians have a Twitter account, affirming 33 percent of Nigerians use the self-expressive tool to access trending domestic and international information. In addition, Twitter has a major impact on allocating employment for residents. The unemployment rate amongst young people rose from 34.9 percent to 42.5 percent before the second quarter of 2020. The application helps approximately 20 percent of users in business advertisement, and about the same percentage in seeking employment opportunities.

| Read: From Atlanta to Nigeria: A conversation on gentrification

As the digital world made it to West Africa, countless Nigerians have utilized social media to sustain stable income via entrepreneurship, 20 percent of twitter users are confirmed to use it for advertisement purposes. Influencers and online vendors expressed disappointment following restrictions. A Nigerian demonstrated despondency citing the application as the main source of income.

“I feel very disorganized [after the Twitter ban]…I’ve been trying to build this platform, I’ve been trying to pull my best, be consistent…I was able to do that because I had a platform [that is no longer there].” A Lagos-based entrepreneur said.

Nigeria claimed that the ban would not end until Twitter conceded to numerous local licensing guidelines. Minister Lai Mohammed promised to lift the ban as soon as an agreement between Government representatives and Twitter is achieved. Concurrently, Twitter spokesperson, Sarah Hart told DW news that the company has met with government representatives stating, “our aim is to chart a path forward to the restoration of Twitter for everyone in Nigeria. We look forward to ongoing discussions with the Nigerian government and seeing the service restored very soon.”

Having established that, scrutiny on whether this is an oppressive regime, or the cry of a  Government that has inevitably failed to protect its people linger to be a mystery being solved by linking clues covered in blood and rage.

A tale of two islands: Biden caught between lifting Cuban sanctions or strengthening them to satisfy conservative Cuban-Americans. Part 2