America’s first Black talk show planted a seed in a new type of programming in the soul of American mainstream TV.

The late 1960s was marked by chaos and change, like the period in which we live now. There were so many civil uprisings in 1967, it was called the long, hot summer. In 1968, there were two assassinations—Dr. Martin Luther King, Jr., and New York Senator Robert Kennedy. Before them, Medgar Evers was killed in 1963, and Malcolm X in 1965.

In between assassinations, white Chicago policemen beat and tear-gassed hundreds of demonstrators protesting the Vietnam War. All the while, President Richard Nixon’s FBI spied on and arrested Black activists.

Many Black sections of major cities exploded in flames between 1964 and 1968, as people released years of pent up anger at the system of segregation barring them from high paying jobs, quality education, and access to clean and safe neighborhoods.

In early 1968, The Kerner Commission, which was formed after the urban uprisings, released its final report on the causes and solutions to white racism and Black anger.  It recommended an end to segregation in all areas of life which prevented Black people from achieving educational, economic, and political equality.

It also demanded more diversity and inclusion on television news by hiring more Black reporters. It said Black people should appear more frequently in television dramas and comedies. The report also recommended that television stations “present plays and other programs whose subjects are rooted in the ghetto and its problems.”

Television stations scrambled to hire more Black people and air programs about Black viewpoints and Black life. Two such programs which debuted on public television in 1968, were “Black Journal” and “Soul!” 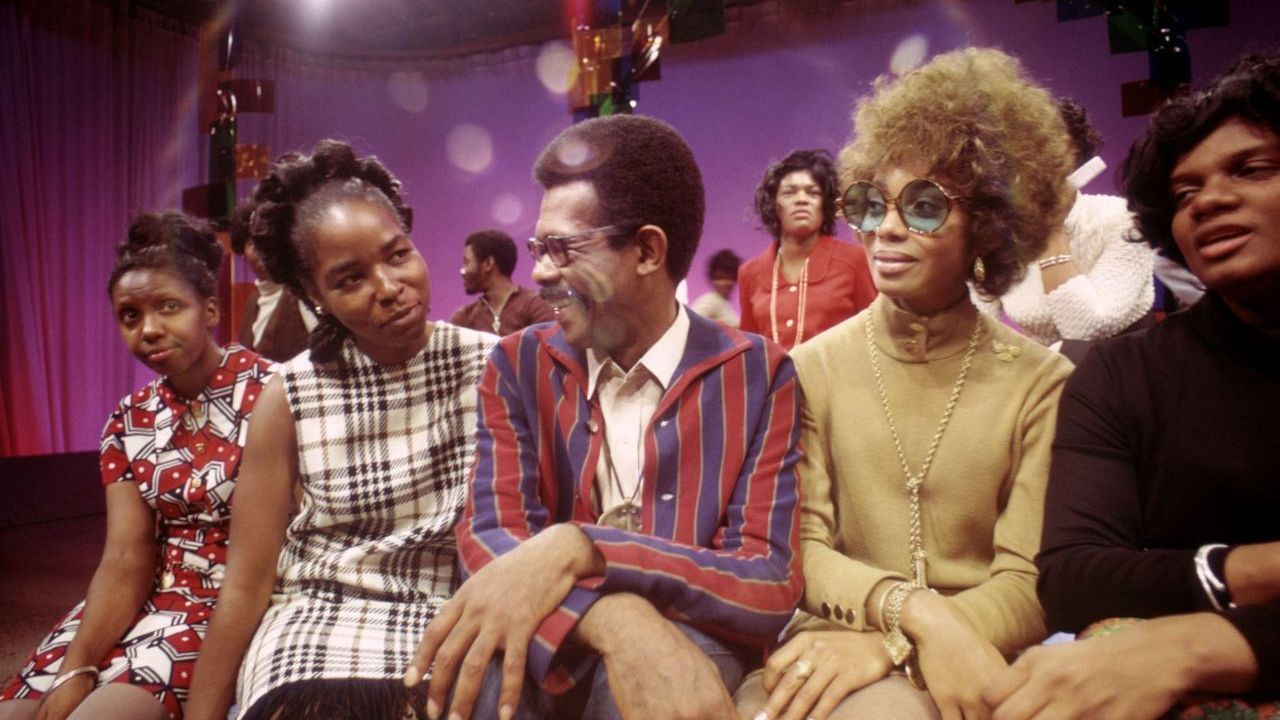 Haizlip created a documentary about the show called “Mr. Soul!” It focuses on “Soul’s!” creator and producer, Ellis Haizlip, who was Melissa’s uncle. In the recent virtual panel discussion, she talked about its historical and cultural significance. During the discussion, she indicated that on, “Soul!”  Black people controlled their own narrative and could be themselves.

“[‘Mr. Soul!’] came to be as an homage to an era, to [Ellis Haizlip],” explained Haizlip, “but also as a love letter to our Blackness, to really live in the Blackness, and see the Blackness, and to restore a wonderful sense of pride. We wanted to look back at this cultural gem, and let it inspire us for today.”

Lights, camera, set it off

“Soul!” aired from September 12, 1968 to March 7,1973, a period in which the self-worth and perspectives of many Black people were changing. During this time, many adopted African names and wore African clothing and jewelry. In a shift from the pacifist approach of the Civil Rights movement, they were emphatic about protecting their families and communities from racists.

Groups like The Black Panther Party for Self-Defense drew thousands of members due to its belief in armed self-defense. Along with another wave of activism, Black culture reflected what general media termed “militant” beliefs. Consequently, “Soul!” provided a platform for such expressions of Black pride and strength.

At “Soul!”, music was the show’s foundation. Performers Stevie Wonder, LaBelle (then Patti LaBelle and the Blue Bells), R&B performer Al Green, and groups like Earth, Wind and Fire were guests on the show. Black poets such as Nikki Giovanni, Sonia Sanchez, and Amiri Baraka, recited poems about racism’s impact on Black people, and Black resistance.

Even Reverend Jesse Jackson appeared on the show to talk about his new organization Operation P.U.S.H. Activist Kwame Toure, who was formerly known as Stokely Carmichael during his time at the Student Nonviolent Coordinating Committee, discussed Black political and economic self-determination. Haizlip, an out gay Black man, had Nation of Islam Minister Louis Farrakhan on the show, putting him on the spot for comments Haizlip considered homophobic.

Much of the music on the show would be considered politically progressive today. Another Rock and Roll Hall of Fame panelist, singer Patti LaBelle, said she and her group LaBelle performed “The Revolution Will Not Be Televised” by poet Gil Scott-Heron on “Soul.” “Ellis had us on the show so much, people (jokingly) started calling it ‘The LaBelle Soul Show’”! she said.

A highlight of the “ Mr. Soul!” documentary was an excerpt featuring The Last Poets, which recited incendiary poems against rhythmic African drumming. They performed their poem, “Die Nigga!” on “Soul!” At the poem’s climax, two of the poets faced each other and yelled “Die Nigga!” four times, then said, “And let BLACK PEOPLE take over!” The audience screamed and applauded.

Segments like that caught the attention of the Corporation for Public Broadcasting (CPB), which provides federal funding to public television and radio stations for staff, production and equipment. In 1973, the CPB awarded all its funds for Black programming to a new show “Interface” to be produced in Washington, D.C.’s public television station WETA. “Interface” was to be more racially integrated and not necessarily feature Black or Latino artists or activists.

Gayle Wald, an English and American studies professor at George Washington University, and author of the 2015 book, “It’s Been Beautiful: Soul! And Black Power Television,” wrote that the CPB considered programming by, for and about people of color was no longer necessary in post-civil rights movement America.

There was also a monetary consideration. White audiences were, and are, public broadcasting’s bread and butter. A survey revealed that white viewers and listeners contributed more money to public broadcasting than “Soul!”  audience members, which tended to be low-income Blacks.

To save the show, Ellis Haizlip launched a letter-writing campaign. In his efforts, he reached out to Black Panther leader Huey P. Newton for help. Thousands of letters poured in, but “Soul!” was not included in the PBS 1973-1974 program schedule. Even “Black Journal’s” host-producer Tony Brown wrote to CPB President Henry Loomis. Unlike the fate of “Soul!” Brown’s letter bought “Black Journal” three more years until its 1977 cancellation.

During the Rock and Roll Hall of Fame panel discussion, Melissa Haizlip remembered a telegram of encouragement from Patti LaBelle to Ellis Haizlip, which he read on the last episode of the show. “It said, ‘Although it’s over, it’s not the end. Black seeds keep on growing!’”

Viewers who never saw “Soul!” can watch its groundbreaking 1968 season on the Amazon Prime streaming service, or on shoutfactorytv.com for free. “Mr. Soul!” airs on PBS’ “Independent Lens” this month and in early March.

Newark continues efforts to use development in addressing housing crisis